Searching for a cute story about looking on the bright side and finding the positives of being yourself? Then check out the 2016 Missouri Building Block nominee “I Don’t Want to Be a Frog,” by Dev Petty.

In this story, a young frog proclaims to his father that he wants to become something else. He would rather be a cat, an owl, a rabbit or even a pig. His father counters each of the little frog’s proclamations with a list of reasons why the little frog can’t be any of these animals. END_OF_DOCUMENT_TOKEN_TO_BE_REPLACED

Did you know that the Diary of a Wimpy Kid series by Jeff Kinney is now on Hoopla in eBook format? This series follows the story of Greg Heffley, a middle school student who discovers the ups and downs of growing up. The pages include funny illustrations that look like any kid’s doodles. These drawings make the book relatable for kids and break the text up nicely. Greg’s newest adventure, also available on Hoopla, is called “Diary of a Wimpy Kid: Double Down.” END_OF_DOCUMENT_TOKEN_TO_BE_REPLACED 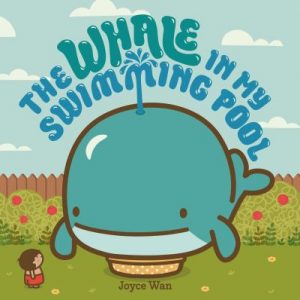 In “The Whale in My Swimming Pool” by Joyce Wan, a whale suddenly shows up in the wading pool of our young protagonist. He tries to get the whale to budge — even suggesting that the unwelcome visitor move to the neighbor’s superior pool, which has a slide! Eventually, he decides to quit fighting the whale and share the tiny pool.

“The Whale in My Swimming Pool” is a great book for story time! The illustrations are simple and sweet but large enough that they are clear and visible to a good-sized group.

Here are some ways you and your little aquanaut can extend the story: END_OF_DOCUMENT_TOKEN_TO_BE_REPLACED

Close your eyes. Wait, open them! You have to finish reading this article. Okay, that’s better. Now imagine you are closing your eyes and thinking of a cute and fuzzy little penguin. Can you imagine anything more adorable? Go ahead, I’ll give you a minute. You can’t think of anything, can you? What if I told you that the penguin has the hiccups? You didn’t think it was possible, but that cute and fuzzy penguin got 50% cuter.

In our next Missouri Building Block nominee, “Little Penguin Gets the Hiccups” by Tadgh Bentley, poor Little Penguin gorges himself on chili and subsequently gets the hiccups. This book has some great opportunities for audience participation, as you have to help scare our cute heartburn-suffering protagonist. Besides talking to your child about the unpleasant side effects of eating spicy food before bed, here are some other activities you might enjoy: END_OF_DOCUMENT_TOKEN_TO_BE_REPLACED

I love to sew; I do it for fun and for relaxation. And I like to make things for my two grandchildren, so I was excited to discover “Sew and Play” by Farah Wolfe. It contains instructions for sewing 11 games for children.

First I made fabric pancakes decorated with brown felt syrup and yellow felt butter for the “Pancake Game.” I added a store-bought play skillet, plates and a pancake turner.

END_OF_DOCUMENT_TOKEN_TO_BE_REPLACED I love working in the children’s area of the library, especially when I get to see all the shiny new children’s books come in. I instantly dive into these books to see what adventures and lessons are experienced by the characters. Recently “When Penny Met POTUS” caught my eye, partly because of the upcoming presidential election. I picked up the book to dissect the contents and to check for any hidden messages.

In “When Penny Met POTUS,” Penny goes with her mom to work and is told she will meet POTUS (who Penny believes is a friendly monster). But Penny must be patient while her mom has to complete some work. While she waits, Penny daydreams about who POTUS is and how she will help them with their job. What will Penny think when she finally meets POTUS? Will she learn what POTUS stands for? END_OF_DOCUMENT_TOKEN_TO_BE_REPLACED

Everybody knows that Columbia rocks, but did you know there’s an easy and free way for your family to express that sentiment? The project is called CoMo Rocks, which, at its core, is a community-wide hide-and-seek game that sparks creativity within the people of the city.

The premise is simple: you decorate and hide rocks anywhere outside for people to find. The person who finds the decorated rock can then hide the rock in another location. Or they can keep the rock and decorate a new one to hide. This creates a perpetual cycle of making, hiding and finding. Fairview Park, Stephens Lake Park and Cosmo Park are just a few of the common locales for hiding and hunting your rocks. END_OF_DOCUMENT_TOKEN_TO_BE_REPLACED For most folks summer reading means fun, lighthearted beach reads. However, as summer winds down, you may find yourself in need of a break from the saccharine. If you are looking for a summer read with some substance and meaningful discussion, then look no further than Tara Sullivan’s “The Bitter Side of Sweet.”

This is Sullivan’s second novel and her first title for middle grade readers, but make no mistake — the subject matter in “The Bitter Side of Sweet” is not for the faint of heart. This novel deals with child slave labor in cacao farms along the Ivory Coast. Brothers Amadou and Seydou go to work one season on the farm in order to help bring in money for their family in a small Malian village. However, two years later they are still on the farm with no idea how much money they have earned or if it will be enough to pay off the debt they’ve incurred for living and working on the farm. Then one day a new girl, Kadisha, is brought to the farm. After several failed escape attempts on her own, she enlists the help of Amadou and Seydou to plot another escape. You’ll have to read to find out what happens next! END_OF_DOCUMENT_TOKEN_TO_BE_REPLACED 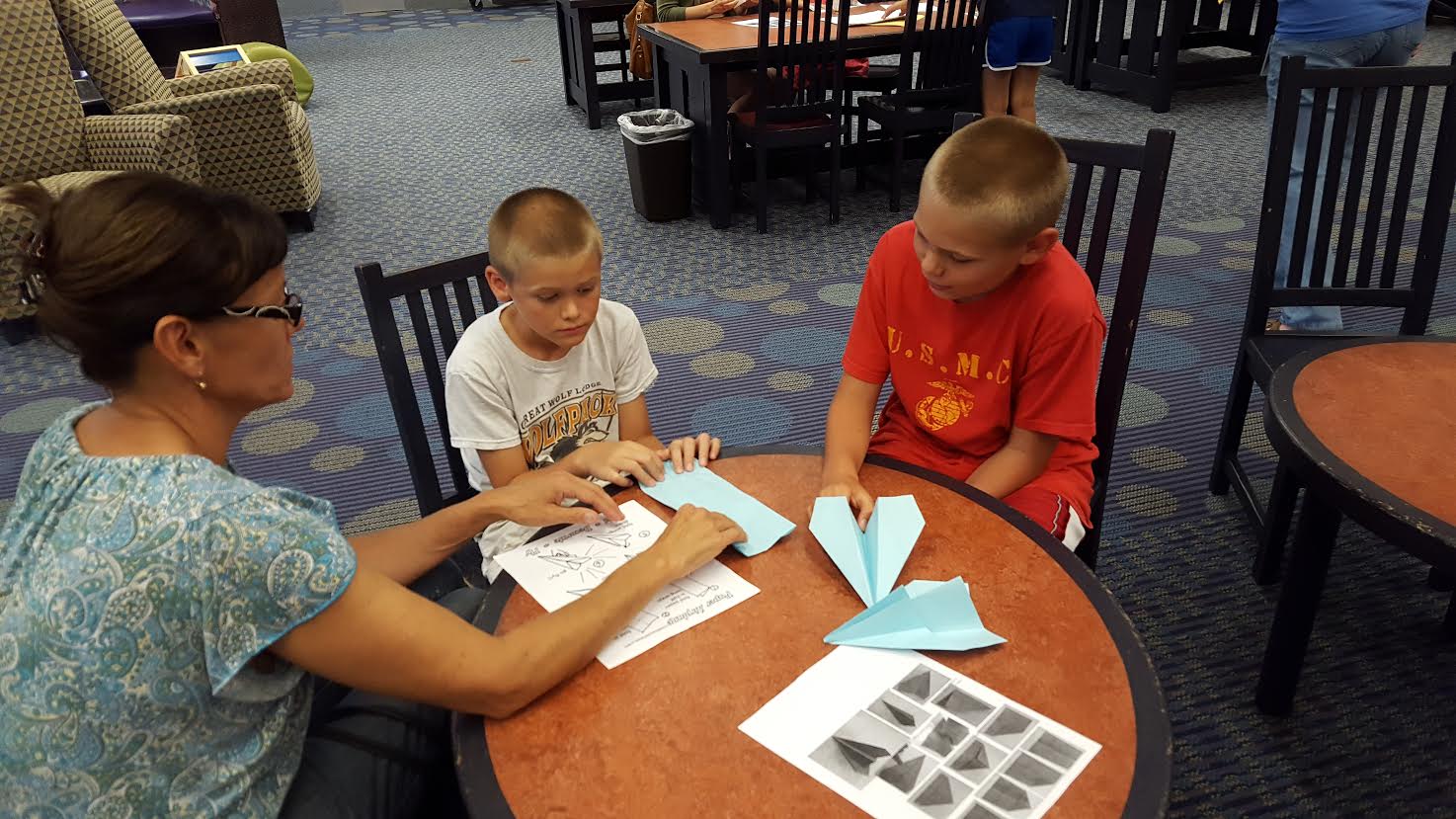 When you think “libraries,” you never really associate them with breaking the rules. But on Friday the 24th, after the Columbia DBRL branch was closed, library patrons were
throwing airplanes from the highest reaches of the library and star-gazing all night long (well, actually,
only until about 10 p.m.). Party with 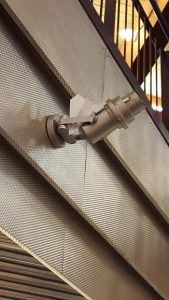 the Stars Plus Paper Airplanes was the name of this event, and a great time was had by children and adults alike.

After the library locked its doors at 6 p.m., patrons began shuffling through the back doors to get started folding their paper airplanes and helicopters. Children and parents watched in amazement as their paper creations soared, hovered and weaved their way down the three stories of the library.

END_OF_DOCUMENT_TOKEN_TO_BE_REPLACED

With the changing of the seasons we have a new group of award nominees in the children’s sections of our libraries, all with shiny new orange stickers and ready for Summer Reading! This might leave you wondering about the 2015-16 award nominees with the purple stickers. Where did they go? Which books won? Have no fear! We have several copies of each title; they just been moved to their permanent homes in the regular stacks. If you are interested in which 2015-16 nominees won, read on!

Show Me Readers Award: “Trouper” by Meg Kearney, illustrated by E.B. Lewis.
A three-legged dog remembers his time as a stray before he was adopted. END_OF_DOCUMENT_TOKEN_TO_BE_REPLACED