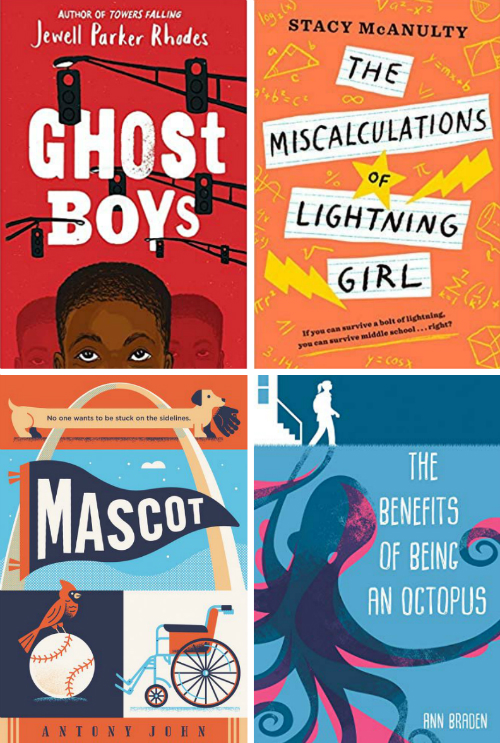 The Truman Readers Award honors a book that is selected by Missouri junior high students. To be eligible to vote, students must read at least four of the finalists. Voting will occur at participating schools early next spring. While the winner won’t be announced until April 2021, this is a great list of summer reads for students in grades sixth through eighth.

“City of Ghosts” by Victoria Schwab
Ever since her near-fatal drowning, Cassidy has been able to pull back the “Veil” that separates the living from the dead and see ghosts. When the family travels to Scotland, Cass and her personal ghost companion, Jacob, are about to find out that a city of old ghosts can be a very dangerous place indeed.

“Deep Water” by Watt Key
When a dive off the coast of Alabama goes horribly wrong, twelve-year-old Julie and one of her father’s scuba clients struggle to survive after reaching an abandoned oil rig.

“Fire & Heist” by Sarah Beth Durst
As Sky Hawkins, a were-dragon, faces her first heist she discovers secrets about her missing mother, the true reason her boyfriend broke up with her, and the valuable jewel that could restore her family’s wealth and rank.

“Ghost Boys” by Jewell Parker Rhodes
After seventh-grader Jerome is shot by a white police officer, he observes the aftermath of his death and meets the ghosts of other fallen Black boys including historical figure Emmett Till.

“Impostors” by Scott Westerfeld
In a world that is rapidly descending into chaos, Frey and Rafi are twin sisters, but few people know of Frey’s existence, because she has been raised to be her sister’s body double and lethal bodyguard, while Rafi has been raised to further the family’s political power–but when their father sends Frey in her sister’s place as collateral in a tricky deal, Col, the son of a rival leader, gets close enough to begin to suspect something, and Frey must decide whether to deal with him violently or finally assume her own identity.

“Lifeboat 12” by Susan Hood
In 1940, a group of British children, their escorts, and some sailors struggle to survive in a lifeboat when the ship taking them to safety in Canada is torpedoed.

“Mascot” by Antony John
Noah Savino has been stuck in a wheelchair for months, and he’s scared he’ll never feel like his old self again. With the help of family and friends, he’ll have to throw off the mask he’s been hiding behind and face the fears that have kept him on the sidelines if he ever wants to move forward.

“Nightbooks” by J. A. White
Alex’s original hair-raising tales are the only thing keeping the witch Natacha happy, but soon he’ll run out of pages to read from and be trapped forever. With interwoven tips on writing with suspense, adding in plot twists, hooks, interior logic, and dealing with writer’s block, this is the ideal book for budding writers and all readers of delightfully just-dark-enough tales.

“Not If I Save You First” by Ally Carter
Six years ago Maddie lived in Washington D.C. with her father, a Secret Service agent assigned to the President’s family, and her best friend was Logan, the President’s son; but after her father was wounded in an attempted kidnapping the two of them moved to a remote cabin in Alaska and Logan never replied to her letters. But now he has suddenly turned up on her doorstep she has to save him from the winter wilderness and the men who are pursuing him.

“Skyward” by Brandon Sanderson
When a long-term attack against her world by the alien Krell escalates, Spensa’s dream of becoming a pilot may come true, despite her deceased father being labeled a deserter.

“The Benefits of Being an Octopus” by Ann Braden
Seventh-grader Zoey Albro focuses on caring for three younger siblings and avoiding rich classmates at school until her fascination with octopuses gets her on the debate team and she begins to speak out.

“The Miscalculations of Lightning Girl” by Stacy McAnulty
A lightning strike made Lucy, twelve, a math genius. After years of homeschooling, her grandmother enrolls her in middle school and she learns that life is more than numbers.