Summer is great, but this weather has been so hot that I honestly just want to sit inside in the air conditioning and read. If you’re like me, here’s some delightful books to try as you avoid the heat and humidity! 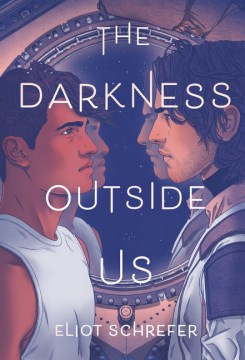 “The Darkness Outside Us” by Eliot Schrefer

So science-fiction and fantasy tend to get lumped together as genres, but this book is a straight sci-fi. Ambrose and Kodiak are two teenagers who wake up on a ship headed to Saturn’s moon Titan for a rescue mission. The problem is that neither has any memory of how he got there, and the two of them are from countries that are at war with each other. Warily, they join forces as they attempt to discover what the ship’s controlling and suspicious AI isn’t telling them, and slowly they begin to fall in love. Part mystery, part romance, this space opera is intricately plotted and perfect for Pride Month. 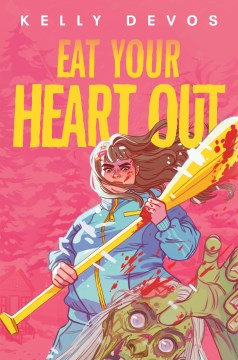 “Eat Your Heart Out” by Kelly DeVos

This next book was described as “Shaun of the Dead” crossed with “The Breakfast Club.” A group of teens are sent to Camp Featherlite, a fat camp that is known for its miracle cure for obesity. Despite different motivations for being there (sent by fatphobic parents, looking to expose the “miracle cure”), all of them quickly become united against a common enemy—zombies. Specifically, super thin and athletic zombies. Turns out the miracle nutrition bars have an unfortunate side effect on the campers, and now the new arrivals have to fight back against actual zombies, as well as social stigmas against fat people. This is a fast-paced novel filled with satire, horror and body positivity. 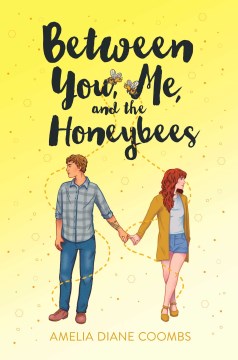 “Between You, Me, and the Honeybees” by Amelia Diane Coombs

Josie has just graduated high school, and wants nothing more than to stay in her small Northern California town and someday inherit the family’s beekeeping business. However, her single mom is determined to provide the opportunities she never had, and is thrilled when Josie is accepted into college. What Josie hasn’t confessed yet is that she turned down the college offer. The other secret she’s hiding from her mom is that she’s started dating the son of the rival beekeeping family in town. As the summer progresses, Josie knows she can’t keep these secrets forever, and has to battle her anxiety and find the confidence to come clean about what she wants for her future. I see a lot of books about going to college, but it’s refreshing to read about a different perspective after high school. Now I say this as someone who is moderately terrified of bees, and will absolutely run away from them in real life…I actually think the beekeeping aspect looks fascinating! The author keeps bees as well, so you know everything included in there is legit. 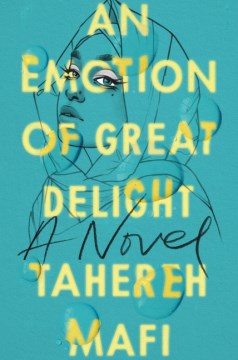 “An Emotion of Great Delight” by Tahereh Mafi

This book takes place in 2003, and follows an Iranian-American teenager who wears a hijab. You would think that the constant Islamophobia in post-9/11 America would be Shadi’s biggest problem, but there’s a lot more than that going on in her family. Her brother recently died, her father suffered a second heart attack, her mother is spiraling into depression while her sister runs the household, and to top it all off, Shadi’s best friend has stopped talking to her. But despite everything, Shadi keeps going and tentatively begins a romance with a childhood friend. This is a moving and realistic account of a Muslim family in America, and has a lot to offer readers who enjoy contemporary realism with a focus on mental health. 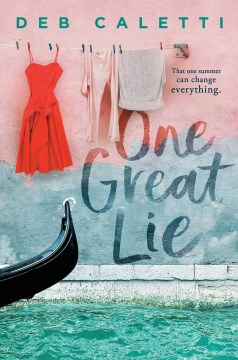 “One Great Lie” by Deb Caletti

Charlotte dreams of becoming a writer, so when she receives a scholarship to an exclusive summer writing program with her favorite author, Luca Bruni, she’s absolutely thrilled. The fact that it’s in Venice is the icing on the cake, as it will allow her to research her Venetian poetess ancestor, whom history remembers only as the lover of a famous Renaissance writer. When Charlotte arrives, she’s enchanted by the beauty of Venice, even as she grows unsettled by the over-familiarity of Bruni. She learns more about her ancestor, and the ways women were silenced in the past, even as she begins to experience similar things in her present. This book unflinchingly explores misogyny, sexual harassment and feminism, all in a gorgeously described Venetian setting. A perfect summer read for those of you wanting to mix gender politics with your gelato. 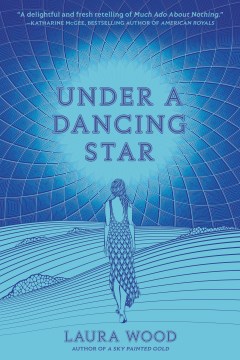 “Under a Dancing Star” by Laura Wood

For my last book, I decided that we should stay in Italy…because Italy. This is a historical fiction retelling of “Much Ado About Nothing” that takes place in 1930s Europe. Bea is feeling stifled by her life in England, and is eager to spend the summer in Italy with her uncle and her cousin Hero. Once there, she is immediately swept off her feet by the alternately infuriating and charming Ben. They agree to a summer romance on the one condition that they not fall in love—but you don’t need to be familiar with Shakespeare to guess how that will turn out. While this is a familiar story, the author fleshes out the romance and characters beautifully, and the interwar European setting provides a nice twist to the tale.