“The trouble with retirement is that you never get a day off.” ~ Abe Lemons

In the beginning, there was no need for retirement. Most people died well before age 30, and if someone made it beyond that, they were highly respected and everybody was happy to accommodate them. Later, though, with the increase in lifespans, the number old workers who had outlived their usefulness, but had no other way of supporting themselves rose considerably. Something had to be done about that.

In 1882, Anthony Trollope published a satirical dystopian novel “The Fixed Period.” In it, he described a society in which the length of productive life is “fixed” at 67. Once people reach this age, they’re allowed a year of contemplation and then they’re “terminated.” Fortunately, that idea didn’t take root in the Western societies. Instead, in Europe, German chancellor Otto von Bismarck broached the concept of retirement (1881), while in the United States, at the time of President Roosevelt, the Senate and House of Representatives passed the Social Security Act (1935).

Today, the number of retirees in our country is about 38 million. How do they spend their time? Some play golf, some pursue arts or crafts, some travel and some hike, and not just in nearby woods but through rugged and unforgiving terrain like the Appalachian Trail. END_OF_DOCUMENT_TOKEN_TO_BE_REPLACED 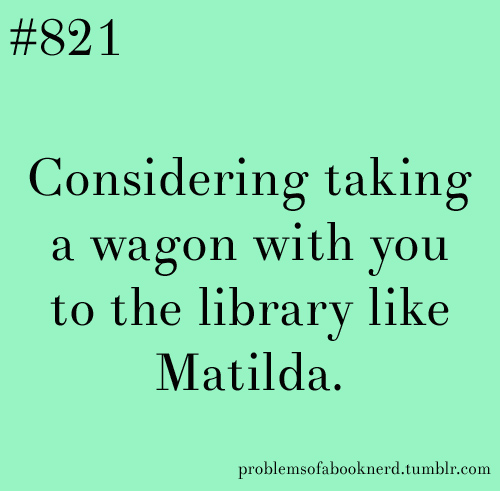 Request: I like cozy mystery books like Joanne Fluke and meatier ones like Mary Higgins Clark … I’ve read all the books you have by both authors. What now?
Recommendation: Hi! Diane Mott Davidson’s work tends to be a little darker than Fluke’s, but it shares the tendency to feature quirky characters and tasty recipes. Katherine Hall Page also writes humorous mysteries that feature a lot of food. The “Faith Sibley Fairchild” series is similar in tone to Fluke’s work.
Lisa Gardner writes suspenseful mysteries featuring independent heroines, though her language and plots may be a little more violent that Mary Higgins Clark. Judith Jance is another author of fast-paced mysteries starring intelligent women.
Reader recommendation: If I may — a really unique cozy mystery series is the Morning Shade Mystery series by Lori Copeland. Very quirky and funny, and the mysteries are *really* mild — chain letters, peeping toms, harmless break-ins. I found them at DBRL years ago! END_OF_DOCUMENT_TOKEN_TO_BE_REPLACED

If you’re reading this on the day it is posted or on the anniversary of the day it is posted (a safe bet as, delusions of grandeur aside, there can be little doubt that reading this post will join the pantheon of Valentine’s Day traditions), then tomorrow is Valentine’s Day, and you will agree it is an appropriate time to prattle on about love. I’ll commence the prattling by saying this post is about the sweet, tender love a gentleman feels for one of our greatest writers. Rabid fans (are there any other kind?) of this series of blog posts will remember as clearly as their first kiss that the first author this gentleman recommended was George Saunders.

My massive army of admirers may wonder: why recommend him again? Well, such is my passion for Saunders’ humane, hilarious and one-of-a-kind storytelling that I’ve been making passionate pitches to re-recommend him nearly every month. The editorial board has gently rejected my heartfelt pleas and pathetic attempts at bribery (“no one wants another chapbook of your excruciating poetry,” they say, lying), encouraging me to shine my blinding, career-boosting light on authors I haven’t previously spotlighted. But Saunders has a new book, and so I was able to convince them that it’s time to let this gentleman’s light shine on him again. END_OF_DOCUMENT_TOKEN_TO_BE_REPLACED I’m sure you’ve already heard a lot about “Hidden Figures” by Margot Lee Shetterly. It’s the true story of the female African-American mathematicians who worked for NASA to help get John Glenn into space, among many other achievements. The movie starring Taraji Henson, Octavia Spencer and Dorothy Vaughan just won the Screen Actors Guild Award for best cast, and it’s been nominated for three Oscars and two Golden Globes. I read the book before I saw the movie, and I loved it. I have to admit that this is one of the few

movies that I love just as much as the book, if not more! I hope it wins every award.

Also coming out soon is “The Zookeeper’s Wife” by Diane Ackerman, with an expected release date of March 31. It’s the true story of how the keepers of the Warsaw Zoo saved hundreds of people from the Nazis by smuggling them in empty cages. The movie will star Jessica Chastain and Daniel Bruhl. It looks like it’s

going to be incredible, and if we hurry, we just might have enough time to read it before the movie comes out. END_OF_DOCUMENT_TOKEN_TO_BE_REPLACED

Here is a quick look at the most noteworthy nonfiction titles being released in February. Visit our catalog for a more extensive list.

The author of the best-selling “Sapiens” examines humanity’s triumphs over famine, plague and war during the twentieth century and looks to the issues, such as artificial intelligence and overcoming death, that will shape the human agenda in the twenty-first century. END_OF_DOCUMENT_TOKEN_TO_BE_REPLACED

Kiese Laymon is the author of “Long Division,” a novel, and “How to Slowly Kill Yourself and Others in America,” which is either a collection of essays or one of the more ghastly and unnecessary do-it-yourself books ever published. Due to time constraints, I’m unable to determine which. (Editor’s Note: It is a collection of essays.)

His essays have been published all over the internet. I encourage you to query his name in your internet search bar and read some of the results. END_OF_DOCUMENT_TOKEN_TO_BE_REPLACED 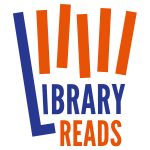 The newest books releasing next month include a debut, some time travel, a little historical fiction, a local author (Alex George) and more. February’s Library Reads list is sure to have something for everyone. Take a look at some of the recommendations from librarians across the country.

“After reading Gaiman’s account of Norse mythology, I doubt that I will ever forget how the gods of Asgard acquired their treasures. Thor’s hammer that never misses its mark, Frey’s incredible ship that shrinks to the size of a pocketable silk scarf, Odin’s powerful spear, all came to be because of Loki’s mischief. Above all, I will not forget the ill-gotten and ill-treated children of Loki who bring about Ragnarok, the end of earth and heaven and the death of the gods. Everything feels very real and very now when told by someone who has obviously drunk of the ‘mead of the poets.’”
-Catherine Stanton, Madison Library District, Rexburg, IL END_OF_DOCUMENT_TOKEN_TO_BE_REPLACED

This past year was another very productive one for me reading-wise. More carpool lanes, more waiting through music lessons and the insomnia that comes with menopause meant more time to read. I ended up reading 145 books for the year. Whew! I’m tired just thinking about it.

I mainly read nonfiction, but I did manage to include a bit more fiction this year. “A Man Called Ove” by Fredrik Backman is one that will stay with me. The tender and often hilarious depiction of community in this book had me hooked. Backman has become a new favorite author. I also really loved “Angle of Repose” by Wallace Stegner. It’s an older classic but still enthralling. “Hope was always out ahead of fact, possibility obscured the outlines of reality.” END_OF_DOCUMENT_TOKEN_TO_BE_REPLACED

I like a good nail-biting thriller, one that keeps me sitting bolt upright as I read. Sometimes. Other times, life itself is challenging enough, and I don’t need added stress from my fiction. On those occasions, I prefer a kinder, gentler novel, one in which the main character is never threatened by assassins.

Following are a few gentle reads I’ve enjoyed over the past couple of years. These books contain minimal violence, minimal raunch and no serial killers.

“Love in Lowercase” by Fransec Miralles

This is a story of quiet revelations and subtle, but life-changing events. Samuel is a professor of linguistics who has little human contact outside of his classroom lectures. One day a mischievous cat appears and leads him to places he’s never been. The upstairs neighbor’s apartment, for instance. And the vet. Samuel meets new people, he encounters a long-lost childhood crush, his life expands. He accomplishes the monumental human task of overcoming loneliness. END_OF_DOCUMENT_TOKEN_TO_BE_REPLACED