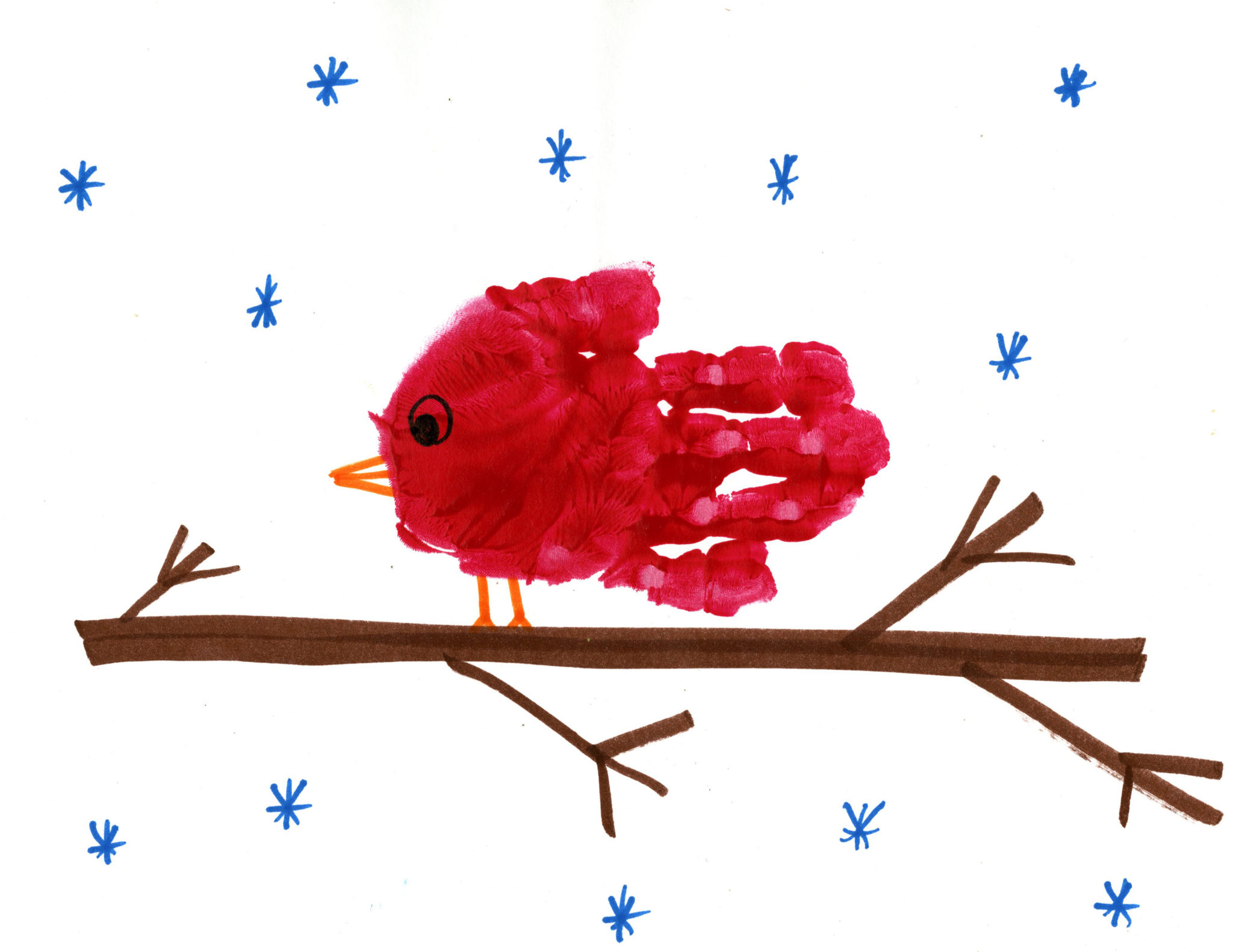 I cannot believe that the new year is almost here!

The library is continuing our tradition of providing a handprint calendar just for you! Not only do these calendars make great gifts, but they are also a handy way to document family milestones.

Download the 2023 Calendar! Print on cardstock for the best results.

To set yourself up for success, we recommend collecting your supplies beforehand:

Below are tips from a seasoned handprint calendar creator!

We hope you enjoy the process as much as the product! 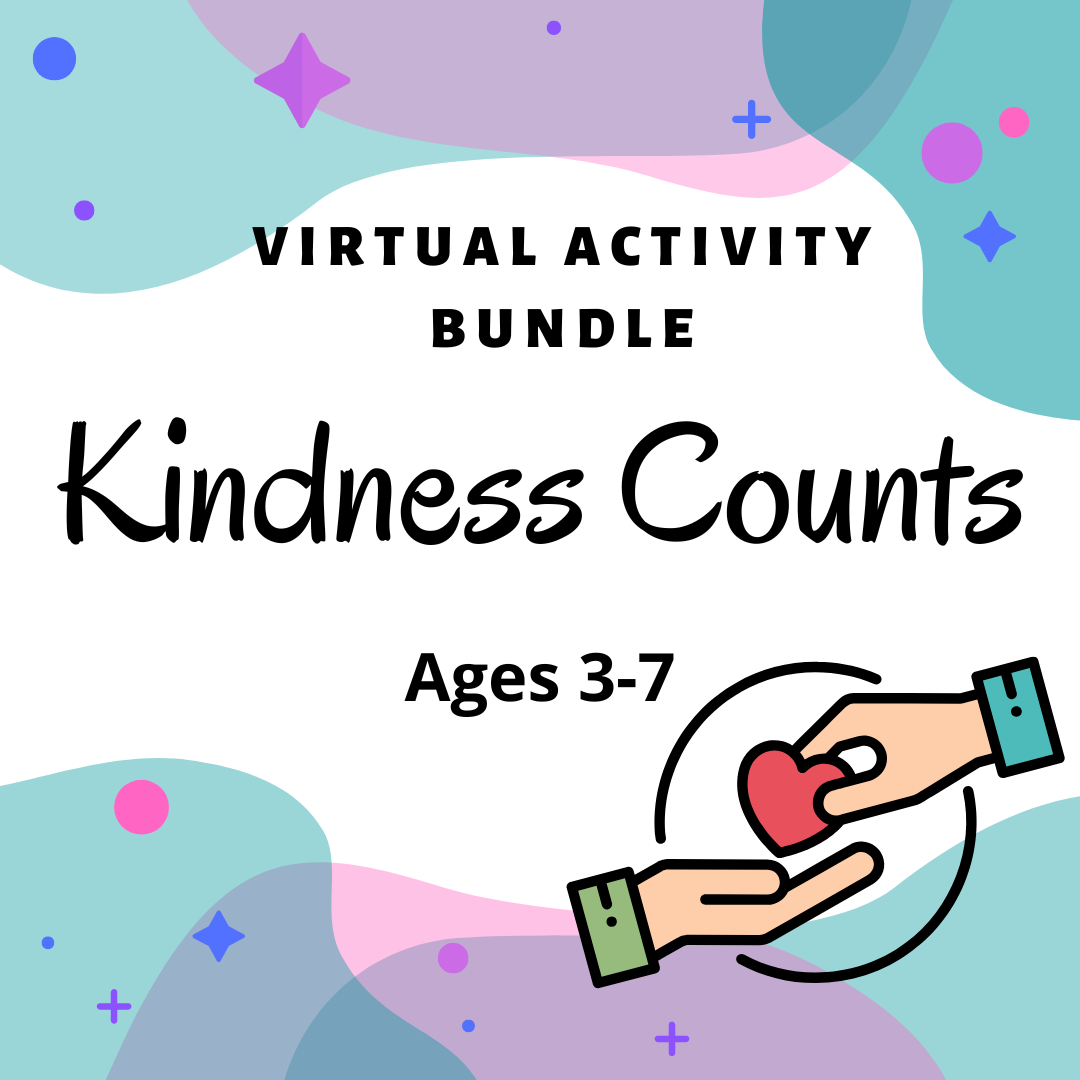 The holiday season is quickly approaching, and this time of year is all about spreading warm, fuzzy feelings like kindness, gratefulness and generosity. There’s no better time to emphasize these year-round virtues, as the holidays offer a multitude of tangible ways to point out and practice kindness with our children. As Dr. Patty O’Grady, an expert in positive psychology and childhood development, puts it: “kindness changes the brain by the experience of kindness. Children and adolescents do not learn kindness by only thinking about it and talking about it. Kindness is best learned by feeling it so that they can reproduce it.” Research shows that kids who regularly practice and experience kindness have higher self-esteem, better physical and mental health and stronger relationships with their peers. Furthermore, they are much less likely to engage in bullying behaviors.

It’s clear that kindness is a crucial factor in growing happy, healthy kids. This virtual activity bundle is full of eBooks, songs and videos for creating an ongoing conversation about kindness, as well as some fun activities to put these skills into action! END_OF_DOCUMENT_TOKEN_TO_BE_REPLACED

It’s almost that most magical time of make-believe. (I may be biased!) If you celebrate Halloween, chances are, you will come across all sorts of ghostly and ghoulishly costumed creatures — as well as many adorable ones. As leaves crunch underfoot and the crescent moon glows overhead, I invite you and your kids to think of the original creatures of the night — bats, owls, raccoons and other nocturnal animals. The books highlighted below include a mix of naturalistic and whimsical stories to share with your little ones any time of year! 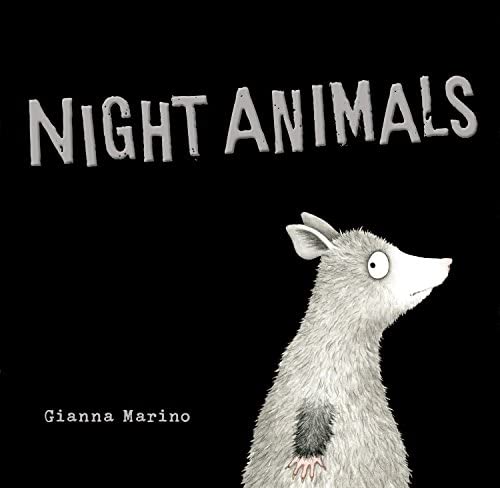 This suspenseful yet comedic read-aloud really lets you ham it up for your kids. Possum is hiding from other nocturnal animals’ strange and spooky sounds (oh, the irony!) when along comes raccoon and they decide to hide together. The spooky sounds continue, and bigger and bigger animals join the group until the spookiest creatures of all — humans — send everyone running.

END_OF_DOCUMENT_TOKEN_TO_BE_REPLACED

Have you ever seen a snack too cute to eat? What about a snack that entices little ones to try a nibble? Recently I saw a few ways to make spider snacks and fell in love with how adorable they are for the spooky season and how you can change how they look and taste so quickly. 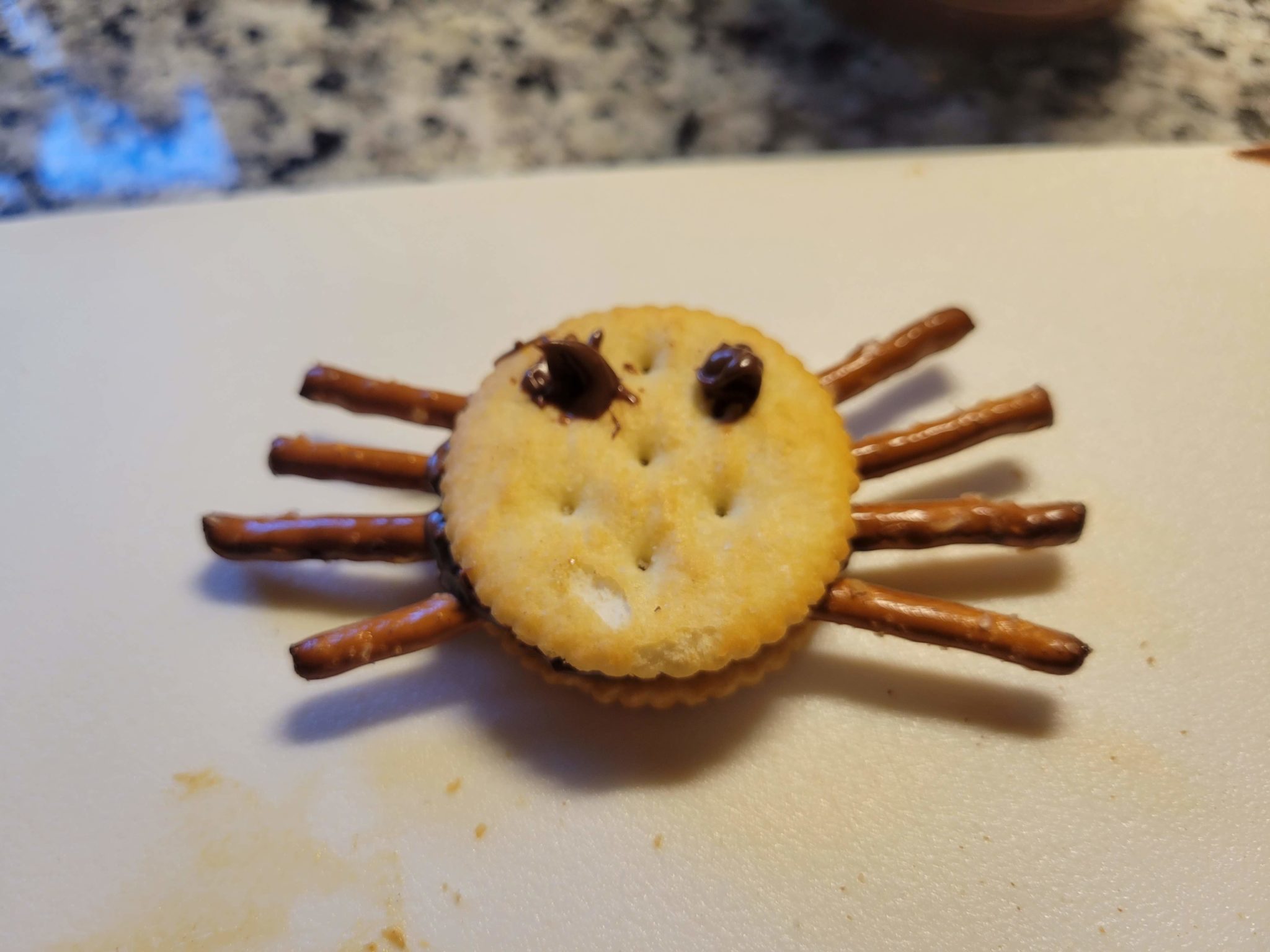 END_OF_DOCUMENT_TOKEN_TO_BE_REPLACED

Hello again! Are you enjoying autumn so far? After you’re done stomping on crunchy leaves and sipping apple cider, snuggle up somewhere cozy with one of these new books.

Bush fires are raging in Australia, but Wombat isn’t worried. He knows he’ll be safe in his cozy, underground burrow and prepares to snuggle in with his favorite quilt and a mug of tea. Then a knock on his door introduces a succession of animals fleeing the fires, and Wombat invites them all in with unfailing hospitality. But Wallaby, Kookaburra, Platypus, Koala and Sugar Glider are not the most considerate house guests, and Wombat is eager to regain the serenity of his home after the danger is over. Yet when one of the animals doesn’t have a home to return to, Wombat’s compassion overrules his frustration with his guests. Kids can giggle at the animals’ antics but this book also creates a wonderful opportunity to discuss our responsibility to help others in need. And the Australian setting introduces fun animals that might not be as familiar to our North American audiences. END_OF_DOCUMENT_TOKEN_TO_BE_REPLACED

Happy October! I hope you’re enjoying the crisp chill in the morning air; the new hues of the leaves and grasses as they golden and rust; and the spice-warm scents of your favorite fall beverage. Besides welcoming in the seasonal shift from summer to autumn, October is well-known for another important phenomenon: it’s spooky season, y’all!!!

END_OF_DOCUMENT_TOKEN_TO_BE_REPLACED

Have you heard all the wonderful things Hoopla has to offer? First things first, it’s free! All you need is a library card.

And the best part — there is a Hoopla Kids option you can click for safe and easy searching for children’s titles.

Below are some spooky Halloween eBooks and audiobooks sure to delight young readers.

END_OF_DOCUMENT_TOKEN_TO_BE_REPLACED 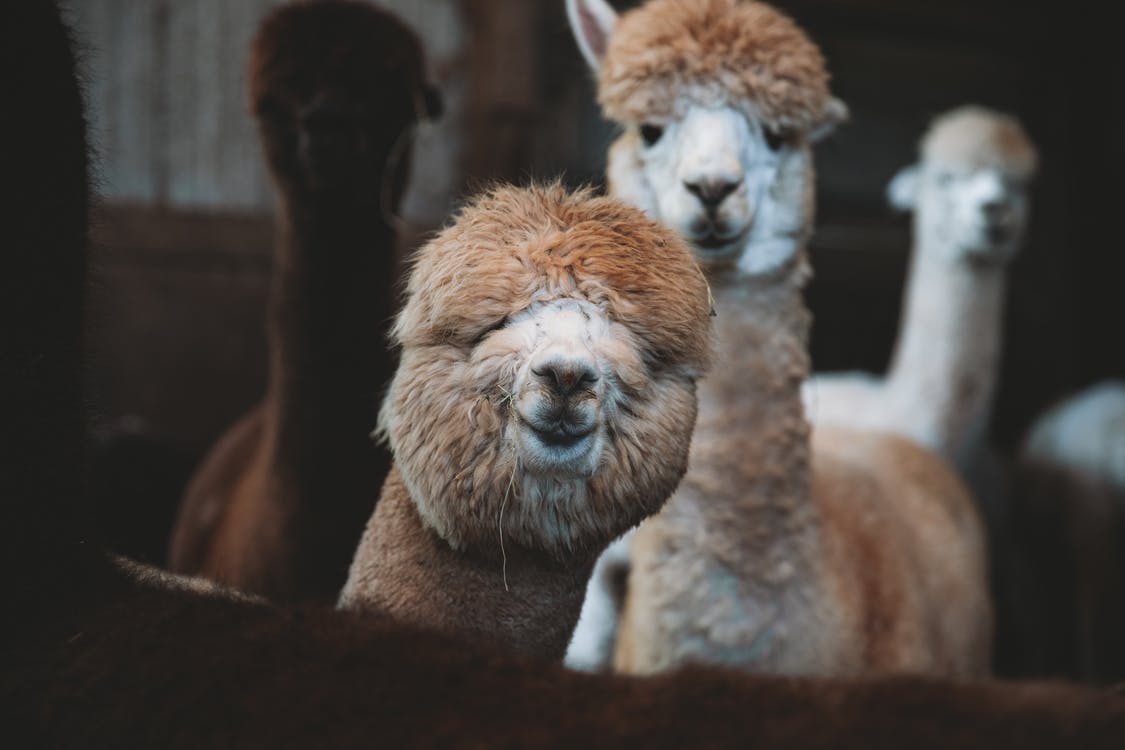 September 26 is Alpaca Day, so it’s time to talk about one of the world’s cutest animals. And no, we’re not talking about llamas here!

Often considered the cuter version of a llama, the Alpaca Owner’s Association uses this day to teach the country about their favorite farm friends. In case you don’t know, alpacas are prized for their extra soft wool. Native to South America, alpacas have been domesticated for over 6,000 years! Because of their soft, fuzzy feet and sustainable wooly coats, they are also considered an environmentally friendly farm animal.

There are several ways to celebrate Alpaca Day. But just in case you can’t get to an alpaca farm or knit with alpaca yarn, we have a few books featuring alpacas to check out!

Based on a real Huacaya alpaca named Poppy, this book tells to story of Poppy’s year at Moonrise Farm. Throughout this sweet picture book, Poppy and her friends sample different kinds of foods. Poppy meets with many friends, such as Maisie the dog and Sweet Pea the sheep. It follows Poppy through spring, summer, fall and winter as she tastes the seasonal foods that Farmer John grows and even some that grow in the wild.

Okay, so technically this is the story of Llama. But, stay with me here because Llama tries to replicate himself and ends up creating Alpaca. Llama gets Alpaca to clean up Llama’s messes and Alpaca does such a good job that Llama clones him! Llama gets overwhelmed by the many alpacas and simply lets them out of his front door. As Llama spends the day eating, alpacas flood the streets. With neat illustrations and funny writing, you have to see if Llama can learn to clean up after himself or if he just keeps eating cheese pizza.

“Alex and the Alpacas Save the World” by Kathryn Lefroy

While visiting her grandfather on his farm in Tasmania, Alex learns something pretty freaky: she can talk to the alpacas! Her grandfather is a little curmudgeonly, but after his olive orchard burns down in a freak storm, Alex knows that he is hiding something. Eventually, Alex learns that not only is she a descendant of ancient warriors, but there is a spirit of destruction escaping from the forest. Alex must work with the alpacas, immortal reincarnations of other great warriors, in order to save the world! Great for older kids looking for a descriptive, magic-filled chapter book.

This eBook is available through Hoopla.

If you’re just looking for facts about alpacas, we have some great online services. “ALPACAS” by Michelle M. Hasselius has streaming audiobook version on Hoopla if you just need to learn about alpacas right this instant. You can also check out another aptly named picture book, “Alpacas” by Alonso Garcia. This book not only focuses on alpacas, but it also explains how the alpaca’s wool is used and its different treatments. It is available now as an eBook through Hoopla. “Alpaca or Llama” by Tamra Orr, on the other hand, arms you with the ability to finally tell the difference between alpacas and llamas! Also available now as an eBook through Hoopla.

For more books about alpacas (and we’ll even throw in a few llamas), please check out our list of recommendations.

Happy autumn equinox! Today marks the beginning of fall in the Northern Hemisphere as the sun crosses the earth’s celestial equator and the amount of day and night are approximately the same. From here on out, days get shorter and nights get longer.

To welcome this shift and prepare for longer nights ahead, you might gather your kids for a read-aloud with blankets, hot cocoa and candles. Or, consider making a favorite fall treat and watching a spooky movie. Or, if you’re feeling extra adventurous, take your little ones — or big ones — for a neighborhood walk and see if you can find a Y-shaped tree branch or two to make this craft together, which was inspired by this wonderful book in our collection. For younger kids, be mindful of pointy edges and keep a close eye when assembling.

After finding your branch, begin by tying a double knot at the base of the Y section. 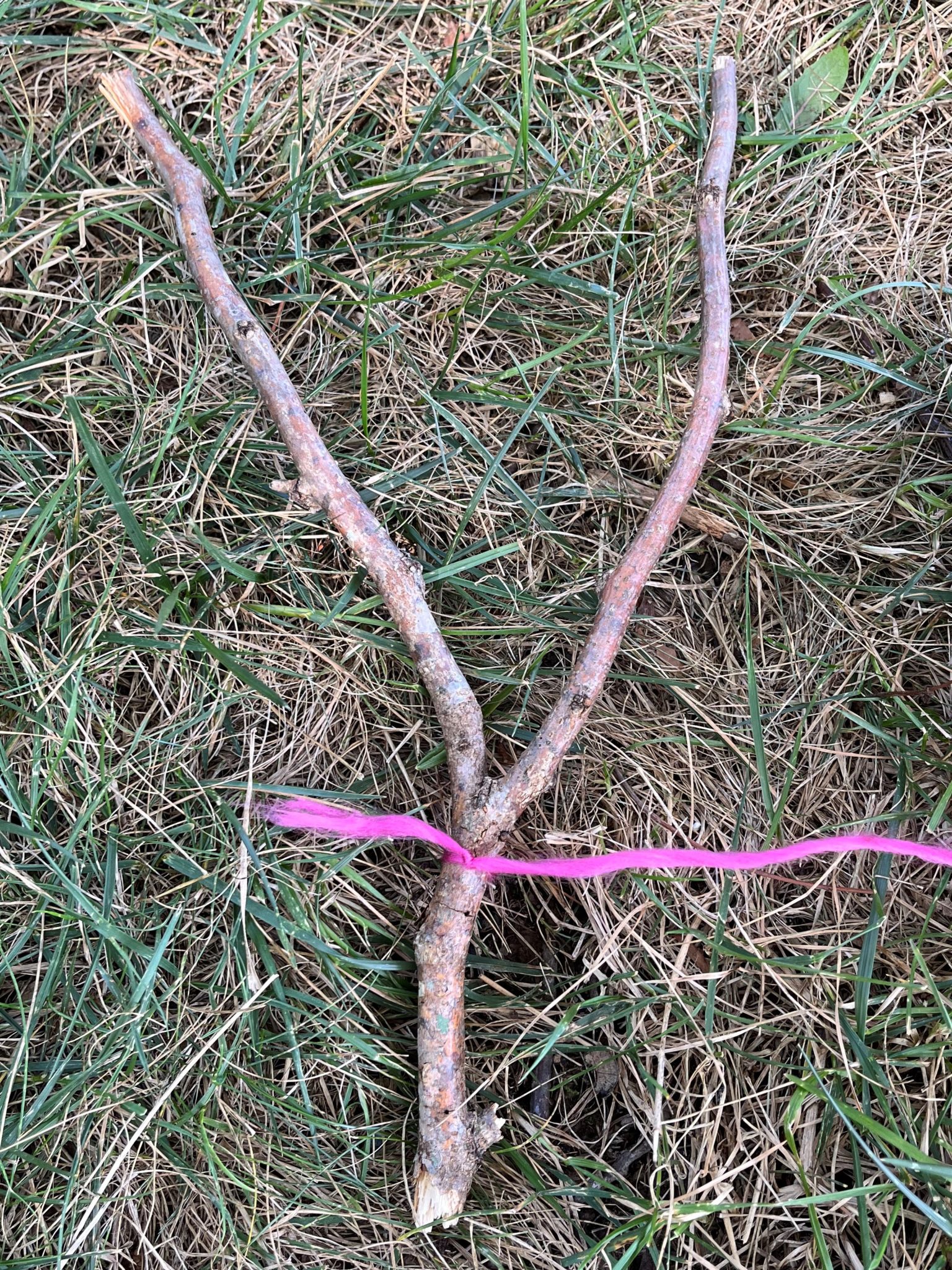 END_OF_DOCUMENT_TOKEN_TO_BE_REPLACED

Did you know Missouri is the home for the only award in which children under the age of five pick the winner? It is called the Missouri Building Block Award. This year we have a great selection of books about sharks, lions, dinosaurs, skunks and more.  Narrowed down from hundreds of nominations, the Building Block committee has chosen these ten titles based on how well each book reads aloud, appeals to children, how well the pictures and words work together and overall enjoyment.

Children are encouraged to read as many of the ten nominees as possible, then vote for their favorite between September and January. The winner will be announced next February. 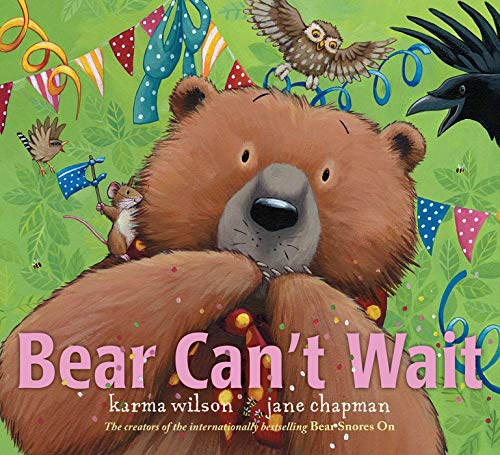