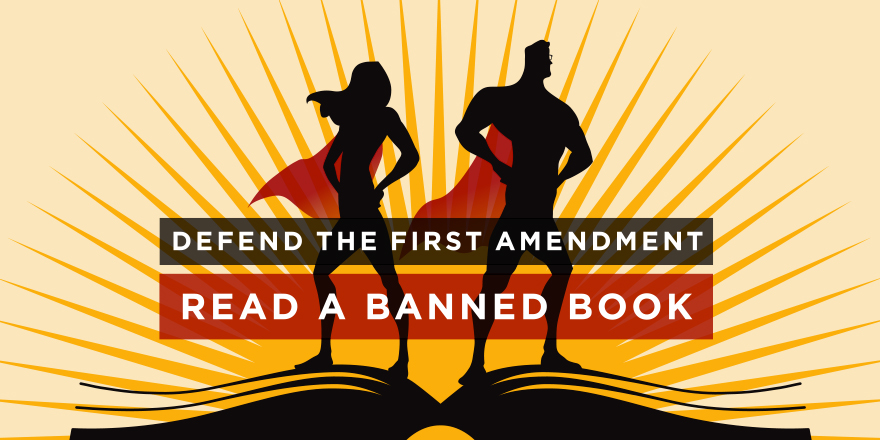 These days when we talk about banned books, we aren’t usually talking about bans by the government; however, there are countries that do still actively ban books, and our government used to be one of them. “Fanny Hill” holds the distinction of being the last book banned by the US government. It was banned in 1821 and again in 1963, and the ban was lifted after the Supreme Court decision of  Memoirs v. Massachusetts in 1966. “The Satanic Verses” continues to be banned in many Islamic countries. END_OF_DOCUMENT_TOKEN_TO_BE_REPLACED

Great satirists thrive when stuff in the world is goofy or evil. So, given the idyllic nature of the world these days, it’s hard to imagine that there’s much good satire out there or that satirists would manage to earn enough to keep themselves fed and sheltered rather than wasting away in the gutter where they probably belong. But, even with our utopia’s total lack of need for satirists, Gary Shteyngart has managed to keep himself fed, sheltered, gutter-free and, as you’ll see if you google “Shteyngart + vodka,” frequently drunk.

Shteyngart has earned the sustenance and drunkenness. That satire is pointless in our current climate is inarguable, but we still have a few years left before hilarious literature in which nearly every sentence contains a delightful turn of phrase becomes the province only of those who attempt to produce it. He’s a funny guy and a great writer, and I hope he’s able to eat comfortably at least until he’s no longer of any value to our society. (You’ll notice I linked to a picture of him being funny rather than pick from the bountiful text examples of his hilarity. I do this because, as the GlobalTeens social network from his brilliant novel “Super Sad True Love Story” says in one of its many helpful tips, “Switch to Images today! Less words = more fun!”) END_OF_DOCUMENT_TOKEN_TO_BE_REPLACED The first one, “Seven Days in the Art World” (W.W. Norton & Co., 2008), is a fascinating view of a world that is often shrouded in mystery. To reveal its substance, Thornton approaches this world from different points of view. She travels to places where art is taught, created, discussed, exhibited and sold – seven destinations in all. She talks to artists, dealers, collectors, art critics, museum curators and art students, and she attends auctions, exhibits and art classes. Thornton doesn’t limit herself to examining art esthetics only. She explores art world economics, too, since endorsements and promotion – through art dealers, gallery exhibits, media coverage, shows, etc. – are no less important for the artist’s success than the work itself. So, how do we know what is a genuine work of art and what’s nonsense? “Sometimes you don’t,” Thornton says, “but often you feel it in your bones.” END_OF_DOCUMENT_TOKEN_TO_BE_REPLACED

The kids are back at school, and maybe that has some readers feeling overwhelmed by the orientations, sports practices, rehearsals and other related events suddenly filling up the family calendar. Or perhaps the back-to-school spirit has you ready to learn something new. Whether you want to read for escape or for self-improvement, this month’s LibraryReads list has you covered. Here are the 10 titles publishing in September that librarians across the country recommend.

“Leave Me” by Gayle Forman

“Aren’t there days when you just want to leave it all behind? After a life threatening event, that’s exactly what Maribeth Klein does. Maribeth, wife, mom of 4-year old twins, and editor of a glossy magazine is told to rest. Sure! The choice she makes is not the one for most, but following Maribeth on this journey is compelling nonetheless. Fast paced narrative and terrific writing make this one hard to put down. Recommended!” – Carol Ann Tack, Merrick Library, Merrick, NY END_OF_DOCUMENT_TOKEN_TO_BE_REPLACED 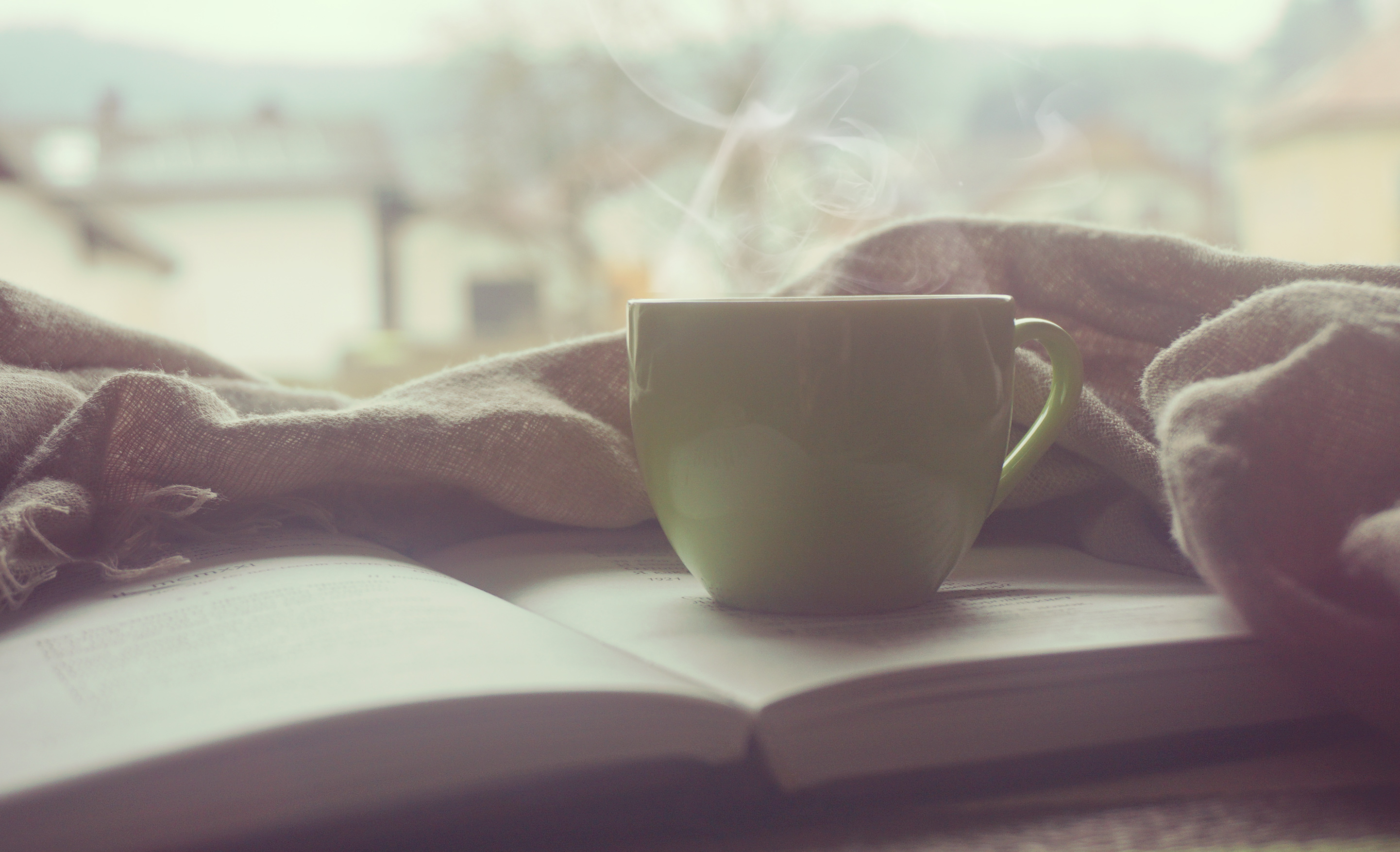 “You can never get a cup of tea large enough or a book long enough to suit me.” ~ C.S. Lewis

Last year I broke my foot and had to have surgery. That meant recovery time, which actually meant reading time. During the week following my surgery, between bouts of nausea and fatigue, I read the All Souls Trilogy by Deborah Harkness. I also exclusively drank Harney & Sons Green Tea with Coconut Blend. Now anytime I drink that coconut green tea, the scent bombards me with reminders of magic, time travel, alchemy and romance.

While my magical fantasy + coconut green tea pairing happened organically, it inspired me to think up some other tea and book pairings.

Classics like “Jane Eyre,” an enduring romance centered around a strong, non-traditional heroine, or Hemingway’s “The Old Man and the Sea,” in which a fisherman battles with a marlin, need a classic tea, no? I suggest an English Breakfast tea (decaf, if you’re reading past your bedtime). END_OF_DOCUMENT_TOKEN_TO_BE_REPLACED

When the summer began, I had all sorts of plans. One of my plans was to add variety to my reading by reading more fiction. Yes, you read that right — more fiction. This was sparked by a conversation with my husband.

Husband: Why don’t you read something for fun for a change?

Me: I am reading something fun!

Husband: But all you read is nonfiction.

Yes, that’s me. I like nonfiction. This summer was going to be different, but here it is, time for school to start up again. Those lazy days of summer have led to me reading mostly… nonfiction. In my defense, there are a lot of really good nonfiction books that have been published this year! I won’t mention all of them, but I will tell you about three that I really loved.

“Lab Girl” by Jahren Hope
“Because I am a female scientist, nobody knows what the hell I am, and it has given me the delicious freedom to make it up as I go along.” Jahren is a botanist who is passionate about her field. She weaves the insights she discovers in the lab and in the field seamlessly with her personal day-to-day life. “Lab Girl” is one of those odd books that is part science book, part memoir, with a bit of philosophy thrown in, and it reads more like poetry at times. “Each beginning is the end of a waiting. We are given exactly one chance to be. Each of us is both impossible and inevitable. Every replete tree was first a seed that waited.” END_OF_DOCUMENT_TOKEN_TO_BE_REPLACED

Noah Hawley is a great example of a writer who does not need this gentleman’s boost. In addition to the thousands of projects he has in the works (including a television adaptation of Kurt Vonnegut’s “Cat’s Cradle“), Hawley is the showrunner of “Fargo,” one of my favorite television shows ever. He’s also a novelist, because apparently brilliant, hard-working people get to experience all manner of professional satisfaction. (Join me, won’t you, in declaring it’s high time some of this good fortune is distributed to all the frequently recumbent and mostly slovenly gentlemen out there just trying to peaceably make their way through the world’s bakeries without having their various flasks constantly confiscated.)

“Before the Fall” is Hawley’s latest novel, and anyone who has experienced the rich tapestry of detailed characterization, deft and often hilarious dialogue, and rapid-fire plotting of “Fargo” will not be surprised to learn that is a delightful piece of entertainment. It tells the tale of a plane crash and the lives it ended or, in the case of two passengers, the lives it upended. The crash and the surviving passengers’ harrowing journey to safety occur in the first several pages, then the novel gives us a mix of flashbacks (fleshing out the characters and the possible reasons for the plane crash) and post-crash scenes largely concerned with one of the surviving passengers and government efforts to determine why the plane crashed. In reading the dead’s stories, the reader will learn some theories about the how the plane crashed (with one seeming particularly likely). END_OF_DOCUMENT_TOKEN_TO_BE_REPLACED

There once was a time that I scoffed at romance books, and I certainly wouldn’t be caught dead reading one. “They’re not literary,” I would say, high on my horse. Maybe my mind started to change when I read the genre-defying “Outlander,” or maybe I matured a little and realized I was being judgmental. I just know that at some point I found myself checking out “The Duchess War” by Courtney Milan, complete with a young woman in a poofy ball gown on the cover. And, guys? I loved it! The book was smart, well-written, had great dialogue and believable development of the romantic relationship — basically all the things I like in any book. And it’s not alone; there are a ton of great romances out there! In honor of August being Read-a-Romance Month, here’s a short list of books to help ease you into the waters of romance novels.

“A Knight in Shining Armor” by Jude Deveraux

A distraught, modern woman, abandoned by her lover, suddenly meets a real knight, complete with clanking armor, in a cemetery. Also, according to the gravestone next to her, he died in 1564. This classic romance, by the legendary Jude Deveraux, includes time travel, grand adventure and, of course, excellent romance. END_OF_DOCUMENT_TOKEN_TO_BE_REPLACED As you may already know, this year’s selection for One Read, the community-wide reading program sponsored by the Daniel Boone Regional Library, is George Hodgman’s memoir “Bettyville” (Viking, 2015). This is the story of a son’s return from New York City to small-town Missouri, where he finds himself thrust into the uncomfortable role of caregiver. His deep love for his mother is complicated by the gulf of silence between them. Hodgman is gay, something his mother Betty has never directly acknowledged, and he is also a recovering addict, a fact he could not allow himself to reveal to his parents. Betty is likewise intensely private about her feelings and her past. Hodgman declares, “If I could ask her anything, it would be this: ‘What was it, Mother, that just shut you up, so tight and quiet?’” END_OF_DOCUMENT_TOKEN_TO_BE_REPLACED

If you’re reading this in English, thank Geoffrey Chaucer. His “Canterbury Tales”, published in 1400, was the first book of poetry written in English, rather than Latin or Italian. By using the common language, he made literature accessible to the common person. Having opened the way for everyone from William Shakespeare to Janet Evanovich, Chaucer can rightly be called the father of English literature.

The poems in his book relate the stories shared by travelers in a group heading from London to Canterbury. The members of the group come from disparate backgrounds, and their tales run the gamut from bawdy comedy to sober religious parables. Pieced together, they provide a picture of life in Medieval England. The larger story, about the trip itself, serves as a frame for this picture.

Though this story-within-a-story framing wasn’t new with Chaucer, his use of it influenced later writers. “Canterbury Tales” is well worth reading, but the Middle English requires some effort. If you want a Chaucer-like read without as many trips to the footnotes, I can recommend a few titles with layered narratives. END_OF_DOCUMENT_TOKEN_TO_BE_REPLACED