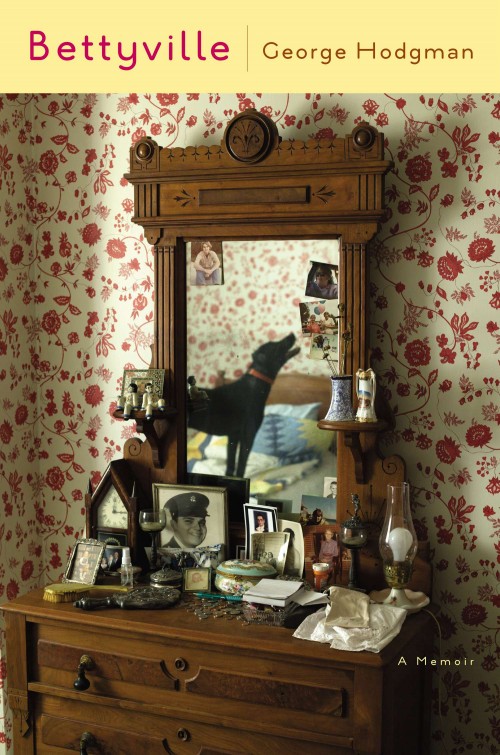 This year, our community has voted to read “Bettyville,” a memoir by Paris, Missouri native George Hodgman. The book is a New York Times bestseller, a Barnes & Noble Discover Great New Writers selection and a finalist for the National Book Critics Circle Award. This is the second time a local author’s book has been selected for the library’s community-wide reading program. In 2013, the One Read title was “The Ruins of Us” by Keija Parssinen, a Columbia resident at the time her book was selected.

“We’ve had other nonfiction titles as our One Read book, but this is the first time the community selected a memoir,” said One Read co-chair Lauren Williams. “It’s a delightful read and rich in subjects for discussion. When our community task force met to talk about fall programming, a number of program topics were mentioned, from caring for aging parents, to growing up gay in a small town, to shelter dogs.” Community members have all summer to read the book. Related events, including an author talk, will be scheduled during September.

“’Bettyville’ is a very popular book among our readers. It’s been one of our most requested nonfiction books for the last eight months,” said One Read co-chair Betsy Collins. “There were also more votes cast by the public during this year’s selection process than any other year in the program’s history.” The other book in contention was “Hotel on the Corner of Bitter and Sweet” by Jamie Ford.

As in past years, the Friends of the Columbia Public Library will fund the purchase of extra copies of the One Read title for people to check out so anyone wanting to read if for the first or second time can do so before next September.

Funny, honest and tenderhearted, this memoir illuminates how a person is shaped by a family and community that are at once loving and damaging, flawed and beautiful. After working for years as an editor in New York City, George Hodgman returns to Paris, Missouri and finds that his hometown and his aging mother Betty are both in extreme decline. The two share a fierce love, but a deep silence, as Betty has never been able to understand or accept his homosexuality. Hodgman reflects on his recovery from addiction, losing loved ones to the AIDS epidemic and his struggles to care for the still feisty but failing Betty.

Hodgman is a veteran magazine and book editor who has worked at Simon & Schuster, Vanity Fair, and Talk magazine. His writing has appeared in Entertainment Weekly, Interview, W and Harper’s Bazaar, among other publications. He lives in New York City and Paris, Missouri with his dog, Raj.

One Read, now in its fifteenth year, is a community-wide reading program coordinated by the Daniel Boone Regional Library and cosponsored by a task force of local businesses, agencies, academic institutions and other groups that encourages adults of all ages to read and discuss a single book. You can find out about other suggested titles and more information at www.oneread.dbrl.org.