For the delightfully short month of February, I’ve got some romance and some thrillers. All of these books have a February release date, so if they’re not here physically yet, look for the eBook! I love not having to wait for shipping on digital items. 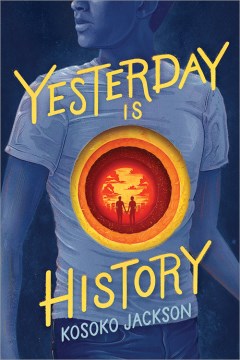 “Yesterday Is History” by Kosoko Jackson

When Andre receives a liver transplant, it does more than save his life. Six months after the procedure, he wakes up outside his house in the year 1969. After meeting a confident and attractive boy who lives in Andre’s future house, Andre slips back into the present. His donor’s family contacts him and explains the genetic gift of time traveling that he’s inherited. They task their son Blake with teaching Andre how to time travel, and Andre must make sense of his attraction to the boy in the past and the one in his present. Refreshingly, the book also explores the differences between Andre’s experiences in the past as a young Black man, and the experience of Blake’s affluent white family. 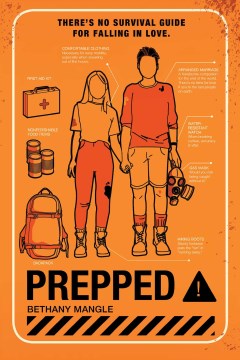 Becca has been raised in a doomsday prepping community her whole life, and she cannot wait to get out. Instead of hanging out with friends or thinking about prom, her days have been filled with dangerous survivalist drills and inventorying the bunker. Now she’s close to graduating and moving away to attend college; but, leaving is harder than she thought it would be when an unexpected tragedy strikes in her community. With her mom and little sister throwing themselves deeper into doomsday ideology, Becca worries about leaving her sister behind.  She finds an unexpected ally in the boy her parents have chosen for an arranged marriage, and together the two of them have to learn to hope for the best instead of planning for the worst. 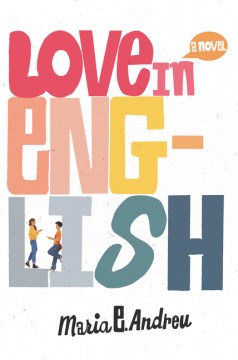 Ana emigrates with her mom from Argentina, so they can be reunited with her father who’s been living in New Jersey for the past three years. Despite studying English back home, Ana struggles to keep up with the rapid speech and American idioms of her classmates in her new high school. As she progresses in her ESL class, she starts to settle in and find her voice. A budding poet, Ana enjoys writing poetry that explores the idiosyncrasies of English, and the text of the book itself contains blacked out portions that simulate what it’s like to not be fluent in a language yet. An #ownvoices immigrant story with a bit of poetry and a bit of romance, this is a great opportunity for a deeper understanding of those learning English as a second language. 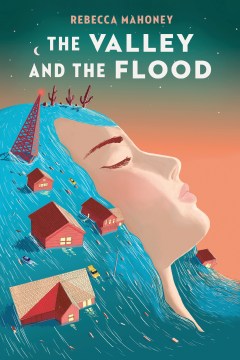 “The Valley and the Flood” by Rebecca Mahoney

Rose’s best friend Gaby died a year ago, and Rose has been dealing with grief and PTSD ever since. When her car breaks down in the middle of the desert, things start to get weird. A nearby radio tower is broadcasting the last voicemail Gaby ever left her. With no better options, Rose heads toward the radio tower and finds a small and bizarre town called Lotus Valley. Not only is the town filled with prophets who are proclaiming Rose to be a harbinger of an apocalyptic flood, but there are strange, shadowy “neighbors” that lurk in the dark places in town. As Rose struggles to figure out how to help the town and combat the threats facing it, she finds she has to first deal with her own grief. I’m getting major Welcome to Night Vale vibes from this one. Part surreal, part allegorical, and part horror, this is a complex story that is woven together expertly. 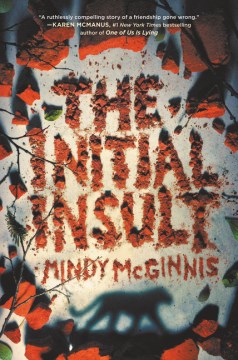 “The Initial Insult” by Mindy McGinnis

For a Poe inspired thriller, try this one! Based on “The Cask of Amontillado,” the story follows Tress Montor, a girl who mysteriously lost her parents seven years ago. Now living with her alcoholic grandfather at his exotic animal attraction, Tress is a social pariah to her classmates. Tired of the shame and constant ridicule, Tress decides to uncover the truth about what happened to her parents. To do so, she has to question the last person who saw them alive—her former best friend, Felicity Turnado. And if this questioning involves an abandoned house on Halloween, a set of manacles and a ton of bricks? Tress will do whatever it takes for the truth…or revenge. Told in alternating perspectives between the two former friends, this is a gritty and shocking interpretation of Edgar Allan Poe. Fair warning: This is a duology and ends on a cliffhanger! 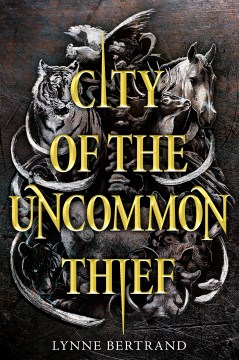 “City of the Uncommon Thief” by Lynne Bertrand

For my last selection, I wanted to do something really different. This dark, immersive fantasy takes place in an ancient walled city. The city is nameless and placeless, not showing up on any map. The citizens have quarantined themselves in 1,000 towering guild halls, each stretching a mile into the air. Each guild is responsible for a certain craft, and teenage runners traverse the rooftops and fly-lines to make deliveries between the guilds. When a trio of teens find a mysterious pair of iron spikes, they’re about to discover more about their city’s secrets than they could ever imagine. The writing style in this labyrinthine novel is anything but straightforward. It’s the kind of book that you’ll need to focus on, but for those craving a challenge, the payoff is well worth it.