Unlike climate change itself, the propensity for writers to gravitate to the subject is natural. Among the seemingly endless range of problems the world must address, it is the one that towers over all others, the one that will, barring dramatic changes in how the world operates, render all others insignificant in the face of rising seas, prolific wet-bulb temperatures (a combination of temperature and humidity that renders the body unable to cool down and therefore unable to not die), mass extinction, food chain collapse, etc.

It’s easy to understand why so many writers are compelled to address the subject, but perhaps it’s not as intuitive why a reader would want to read fiction about it. Perhaps reading such novels will inspire action, and perhaps those actions will help. But also, most of us read fiction for pleasure, and these books, while often horrifying, are also massively entertaining. If something’s going to render massive swaths of our planet uninhabitable, the least it could do is inspire some entertaining fiction.  END_OF_DOCUMENT_TOKEN_TO_BE_REPLACED

Here are a few of the most notable adult fiction debuts coming out in April. These have all received positive reviews in library journals. For a longer list, please visit our catalog.

“Four Treasures of the Sky” by Jenny Tinghui Zhang

Daiyu never wanted to be like the tragic heroine for whom she was named, revered for her beauty and cursed with heartbreak. But when she is kidnapped and smuggled across an ocean from China to America, Daiyu must relinquish the home and future she imagined for herself. Over the years that follow, she is forced to keep reinventing herself to survive. From a calligraphy school, to a San Francisco brothel, to a shop tucked into the Idaho mountains, we follow Daiyu on a desperate quest to outrun the tragedy that chases her. As anti-Chinese sentiment sweeps across the country in a wave of unimaginable violence, Daiyu must draw on each of the selves she has been — including the ones she most wants to leave behind — in order to finally claim her own name and story.

END_OF_DOCUMENT_TOKEN_TO_BE_REPLACED

Below I’m highlighting some nonfiction books coming out in April. All of the mentioned titles are available to put on hold in our catalog and will also be made available via the library’s Overdrive website on the day of publication in eBook and downloadable audiobook format (as available). For a more extensive list of new nonfiction books coming out this month, check our online catalog. END_OF_DOCUMENT_TOKEN_TO_BE_REPLACED

Perhaps ideally I’d only wield my immeasurable influence in service of bringing attention to lesser known writers and compelling people to mail me treats, but often a famous writer’s work will insist that I type about it instead. In this case, while Oprah and the Pulitzer committee and the world of literary critics may have done the heavy lifting, I’m here to gently tug and encourage those that have yet to read Colson Whitehead to remedy this.  END_OF_DOCUMENT_TOKEN_TO_BE_REPLACED

Follies” is written by the author, blogger, and chef Ree Drummond. She talks about life, marriage, motherhood and her adventures in the book. I love how down-to-earth and relatable it is. There were moments that had me laughing and a couple times tearing up. She seems so genuine and I loved hearing stories about her husband, their four kids and their adventures on the ranch. She shared some yummy recipes that were fun to try as well!

You might want to pick this book up if: You are a wife or mother looking for a quick, easy read that is relatable. You wont want to put it down!

This reader review was submitted as part of Adult Summer Reading 2021. We will continue to share these throughout the year.

Here are a few of the most notable adult fiction debut novels coming out in March. These have all received positive reviews in library journals. For a longer list, please visit our catalog.

“The Astronaut and the Star” by Jen Comfort

Astronaut Regina “Reggie” Hayes wants to be the first woman on the moon — it’s all she’s ever dreamed of. But after a PR disaster, Reggie is off the list for a lunar mission. To rehabilitate her reputation with NASA, she agrees to a different kind of assignment: astronaut “training” with a Hollywood action hero.

Jon Leo is a charmer. With credits that include an underperforming sitcom and a campy action flick called Space Dude, his upcoming role in a prestigious movie could prove he’s a star. But Jon isn’t just big muscles and an otherworldly smile — he’s also a total space nerd. He’s pumped about his own personal space camp … until he meets ice-cold Reggie.

Although Reggie and Jon are polar opposites, their mutual attraction is undeniable, and it only takes a few weeks in close quarters for them to give in to its magnetic force. Jon is set on convincing Reggie this is a match made in the heavens, but her future is in space, and his is among stars of the Hollywood kind. The odds of successfully launching a real relationship outside the confines of the training base are anything but optimal.

Reggie, content with keeping things casual, is forced by a sudden turn of events to confront the possibility of losing Jon forever. Now, she’ll do whatever it takes to win both the man and the moon.

END_OF_DOCUMENT_TOKEN_TO_BE_REPLACED

“Fox and I: An Uncommon Friendship” is a memoir about the friendship between a solitary woman and a fox, for readers of Wild and H Is for Hawk. More comfortable in nature than among people, Catherine Raven worked as a National Park ranger, eventually earning a PhD in biology. She built a house on an isolated plot of land in Montana, teaching remotely and leading field classes. One day, she realized that the mangy-looking fox who had been appearing on her property was now showing up every day at 4:15 p.m. One day she brought out her camping chair, sat as close to him as she dared, and began reading to him from The Little Prince. “Fox and I” is a poignant and dramatic tale of friendship, transformation, and coping with inevitable loss — and of how that loss can become meaning. It is also the introduction of an original, imaginative, stunning literary voice. This discussion is geared for adults.  Please register for a Zoom link.

For more books in this subject area, try these.

When we’re born, we’re described by a name, a gender, a nationality, a race. We’re somebody’s child, sibling, cousin. But do any of these labels truly identify an individual, or is the authentic self something we discover within? Many authors have grappled with the existential quandary of what constitutes identity.

“She Who Became the Sun” by Shelley Parker-Chan is an alternate history about the founding of China’s Ming dynasty. In this intricately-plotted novel, two impoverished children, a sister and brother, are told their fortunes. The boy will achieve greatness, while the girl’s fate is simply “nothing.” But when the brother dies, his little sister assumes his name – Zhu Chongba – and enters a monastery as a boy, the first step on a rise to power.  END_OF_DOCUMENT_TOKEN_TO_BE_REPLACED

Hello, there, readers! Welcome back once again to Quintessential Comics! So, last issue we went ahead and covered a handful of Marvel’s most famous events. I thought it would be fun to do the same for DC Comics. So, here we are with another list of five events that have had a major impact on the DC universe! I don’t want to keep you all waiting, so here we go.

“The Death of Superman”

The Man of Steel. The Big Blue Boy Scout. The Man of Tomorrow. The Last Son of Krypton. Only a superhero as prolific as Superman could be so deserving as to have so many monikers. Since his debut in Action Comics in 1938, Kal-El has been and remains an ideal to strive towards for generations of readers. His unwavering sense of right and wrong inspires others. Plus, he’s got it all: Faster than a speeding bullet and more powerful than a locomotive. He’s even able to leap tall buildings in a single bound. What happens, though, when Superman comes face to face with a creature so powerful that even the combined efforts of the Justice League are not enough to thwart it? Quite the controversial story-line when it debuted in the 90’s, this graphic novel is now considered a landmark in Superman’s history as it’s not just about the hero’s strength or speed, but his ability to stand tall in the face of unbeatable odds. END_OF_DOCUMENT_TOKEN_TO_BE_REPLACED

Maybe it’s your 2022 resolution to read more, read more diversely or Read Harder. Maybe you read so much that you have trouble remembering what you’ve already read. Maybe you just love creating organizational systems (in which case, let’s hang out and organize our bullet journals together). There are a lot of fun reasons and methods for tracking your reading. 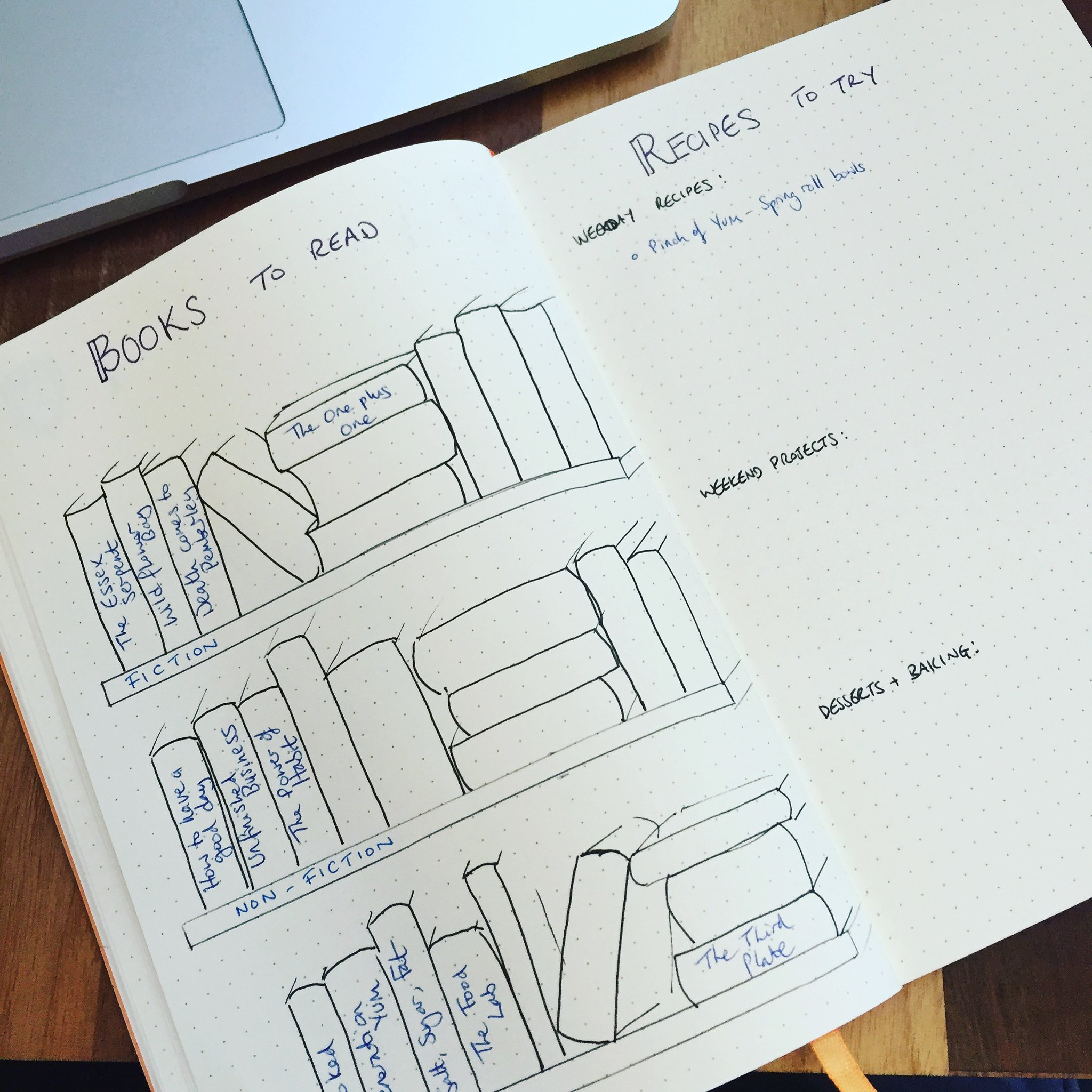 One thing that you may not know is that the library’s catalog is set up to help you to track your reading. Logging in with your library card number and PIN (your birthday, MMDDYYYY) at the top right corner of the catalog logs you into an account where you can track what you’ve read, what you’re reading, and what you want to read later. You can also create lists on any theme your heart desires, like books featuring taxidermy or the favorite books of your worst online dates, and you can choose to make your profile private or public and follow other people. It is not unlike apps such as Goodreads or Storygraph. END_OF_DOCUMENT_TOKEN_TO_BE_REPLACED