“The Riot Within” is the memoir of Rodney King — the black man from Los Angeles whose mistreatment at the hands of the LA Police was the catalyst for riots in the summer of 1992. I sought this book out because I was barely six months old when the riots occurred, and while I had heard people speak of him and the riots, I knew little about the man himself. The reading level of this book is not advanced, but that is not to say that this book was an easy read.

One of the best parts of this memoir, to me, is that the book is about so much more than just his beating at the hands of the police and the riots that came after the acquittal — it was about him, the admittedly flawed human, who had done things wrong, who loved to fish with his family, who dealt with substance use disorder, who was mistreated at the hands of lawyers and who struggled to see who he was in the greater scheme of the Civil Rights movement.

One of the things that has stayed with me is that Rodney King talked about how difficult it was for him to be shrunk down to nothing more than an adjective — “The Rodney King Riots.” Never again will I minimize this man to those four words.

Editor’s note: This reader review was submitted as part of Adult Summer Reading. We will be sharing more throughout the rest of the year.

In the novel Circe, author Madeline Miller takes a character who was once a few lines in the Odyssey, and creates a swirling, beautiful, heartbreaking novel that shows Circe in full bloom. Circe is a goddess, banished to a deserted island for her use of magic. She grows up alone, creating a life for herself, growing plants, herding other banished women, and raising her son with Odysseus, who visits and decides to stay a while. The novel covers hundreds of years, but manages to be a page-turner, speaks of unchanging gods and ever-growing mortals, and is absolutely perfect.

You might want to pick this book up if: Everyone should read this. Classics readers, fantasy lovers, teens, adults who have never step foot beyond nonfiction or romance, human beings. Try the audio book, too! Circe’s soft-spoken, but strong voice is perfectly captured.

Despite the holiday season, you could cut the tension in most poorly ventilated rooms with a knife these days. So we’re going to have some fun, d**n it! And I can always rely on David Sedaris‘ army of strange autobiographical essays for a laugh. They’re irreverent, witty, succinct and dry as a bone. No topic is too taboo for this humorist: bodily woes, family dysfunction, sexuality, mortality. Despite some dark topics and takes on the world, I come away from finishing a collection with the simple satisfaction of being entertained. END_OF_DOCUMENT_TOKEN_TO_BE_REPLACED 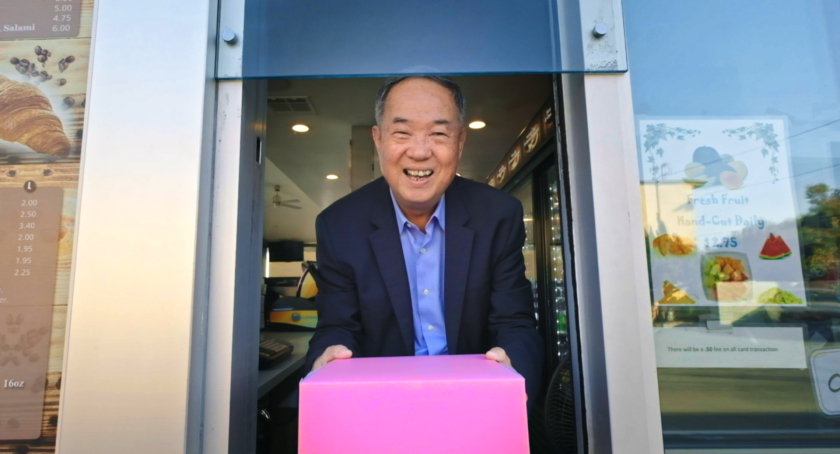 “The Donut King”
Website / Reviews
This documentary follows the rags to riches story of Ted Ngoy, a Cambodian refugee arriving in America in 1975 and building a multi-million-dollar empire baking America’s favorite pastry, the donut. His story is one of love, hard knocks, survival and redemption. Ted helped hundreds of refugees by teaching them the ways of the donut business—he was living the American Dream. But, in life, great rise can come with great falls. END_OF_DOCUMENT_TOKEN_TO_BE_REPLACED 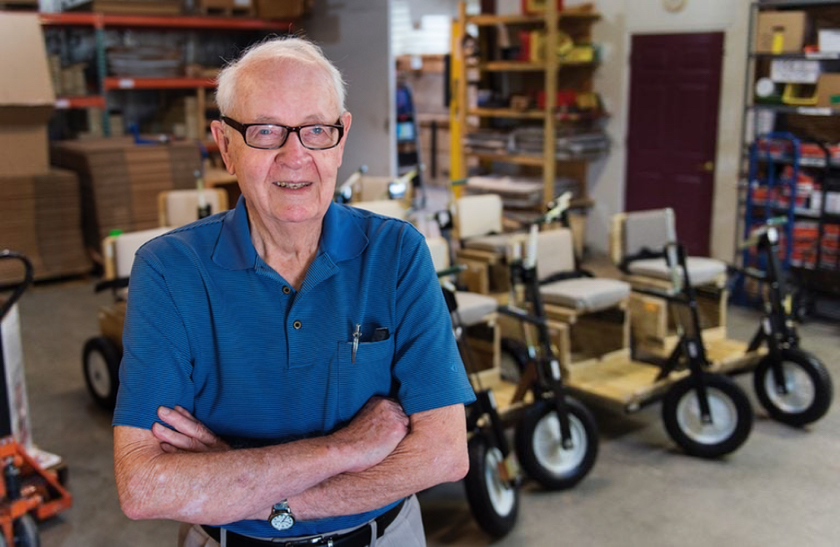 Mel West is a Columbia, MO author who recently came out with his debut book, “One Damned Good Horse.” The book contains essays and stories, tracing his youth as a Missouri farm boy through his time at the University of Missouri and service during World War II to his time as a dairy farmer, a Methodist minister and an internationally known humanitarian. At the age of 70, he started what is now known as Mobility Worldwide, an organization based in Columbia, MO that makes three-wheeled, hand-cranked mobility carts to give to leg-disabled people in more than 100 developing countries around the world. All the money from sales of the book go towards building more mobility carts. I recently emailed some interview questions to him, and he was kind enough to take time to write back some answers. END_OF_DOCUMENT_TOKEN_TO_BE_REPLACED

In the midst of the holiday season, social distancing has never felt so distant. Many of us are contemplating how to make this time feel special when we are unable to gather and celebrate as we have in past years. Of course there are digital ways to connect with each other, but as we become even more reliant on video chats and technology, people are experiencing digital fatigue. So, I humbly offer up a suggestion for a new tradition: letter writing. Personal letters have fallen out of fashion, to be replaced by emails, picture postcards and family newsletters, especially around the holidays. And those are great ways to keep in touch, but there’s something special about a handwritten letter.

Just what is it about letters that makes them so special to us? That’s what Nina Sankovitch seeks to uncover in “Signed, Sealed, Delivered.” Sankovitch turns to famous letters of the past, as well as the letters she’s personally saved, to discover the unique ways letters connect us and why we treasure them. END_OF_DOCUMENT_TOKEN_TO_BE_REPLACED

Don’t you hate it when, on a winter evening, you yawn and stretch, wondering if you’ve stayed up way past your bedtime because it’s been dark forever, but the clock tells you it’s only 6:30? What to do with all of those long hours of darkness? The obvious answer is to lose yourself in a good story. Quick, breezy reads are for summer. Now is the season to crack open those deep, rich novels that span several hundred pages. Below are some long reads I have enjoyed.

At 846 pages, “Jonathan Strange and Mr. Norrell” can carry you through a few evenings. In this tale of rival magicians working to bring the old magic back to 19th century Britain, Susannah Clarke built a world I didn’t want to leave. What happens when men of ordinary character come to possess extraordinary powers? They get in over their heads, for one thing. I was mesmerized by Clarke’s descriptive prose and her vivid imaginings of how magic might manifest. END_OF_DOCUMENT_TOKEN_TO_BE_REPLACED

Do you have a friend or family member struggling with memory loss, dementia or a neurodegenerative disease? Daniel Boone Regional Library offers a Memory Care collection of books selected to help you learn more while supporting your loved one.

This collection holds not only instructive titles on how to care for someone with dementia, it also includes colorful photographic books with simple text ideal to prompt memories and happy emotions in those dealing with memory loss. Brighten your loved one’s day with fun photographic books of babies, dogs, cats, farm animals, quilts, barns and other relatable topics for older adults. 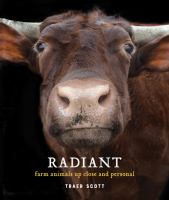 Though these books are dispersed throughout the DBRL collection, it’s easy to find them. Give our catalog a simple subject search using the phrase “memory care” and you will get a full list of all we have added to the collection so far. This collection will continue to grow, so check back from time to time for new items. Explore our Memory Care collection.

I’m excited to share some of the new nonfiction titles that will be released in December. All of the titles are available to put on hold in our catalog and will also be made available via the library’s Overdrive service on the day of publication. For a more extensive list of new nonfiction books coming out this month, check our online catalog.

“Olive, Mabel & Me: Life and Adventures with Two Very Good Dogs” by Andrew Cotter (Dec 1)
When sporting events were put on hold in March 2020, commentator Andrew Cotter shifted to working from home. The one-on-one competitors? His two Labrador retrievers, Olive and Mabel. In the hilarious videos that ensued, the dogs engage in various contests, from bone-snatching and breakfast-eating to crushing it on the dog walk, while Cotter narrates to hilarious effect. The scene of Mabel, simply standing still in a fetid pond was one of the most popular. Why? Because this is how dogs live, and Cotter captured it with humor and joy. It’s why the series has been viewed more than 50 million times, entertaining dog owners, sports fans and celebrities around the world. Olive and Mabel are more than online celebrities, however, as revealed in this charming narrative. Filled with stories about how Cotter fell in love with his dogs, his passion for hiking with them through the glens and over the peaks of his native Scotland, and the ongoing relationship between Olive and Mabel (particularly the “competitive fire” lit during these days of quarantine), the memoir is by turns side-splittingly funny and thoughtfully tender. It’s sure to resonate with all dog lovers. END_OF_DOCUMENT_TOKEN_TO_BE_REPLACED

As the weather turns cold now is the perfect time to cozy up with a good book, a hot beverage and your pet of choice. If you’re looking for some promising new authors to sample, here are some ideas. For a longer list of titles by debut authors, please visit our catalog.

“The Chicken Sisters” by K.J. Dell’Antonia

In tiny Merinac, Kansas, Chicken Mimi’s and Chicken Frannie’s have spent a century vying to serve up the best fried chicken in the state — and the legendary feud between their respective owners, the Moores and the Pogociellos, has lasted just as long. No one feels the impact more than thirty-five-year-old widow Amanda Moore, who grew up working for her mom at Mimi’s before scandalously marrying Frank Pogociello and changing sides to work at Frannie’s. Tired of being caught in the middle, Amanda sends an SOS to Food Wars, the reality TV restaurant competition that promises $100,000 to the winner. But in doing so, she launches both families out of the frying pan and directly into the fire… END_OF_DOCUMENT_TOKEN_TO_BE_REPLACED