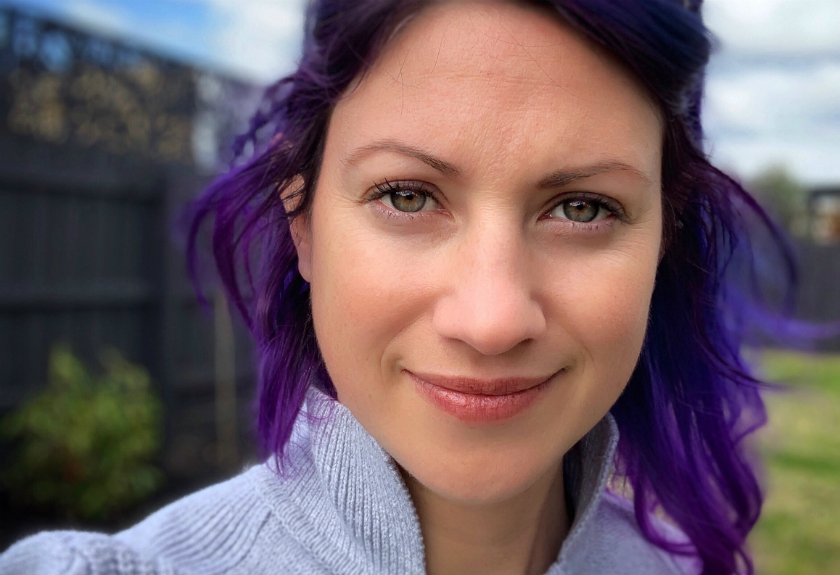 K.L. Harris is a Columbia, MO author who just came out with her debut book, “Equillian’s Key.” The book is the first in her fantasy adventure series, Archives of the Night-Watchers, and it introduces us to the nautical world of Equillian, where magic is outlawed, pirates plague the seas, and the fates of humankind are destined by the stars. You can find out more about the book on her website, where she has a book trailer, picture boards and even some additional short stories about the world of Equillian. I recently emailed some interview questions to her and she was kind enough to take time out of her schedule to write back some answers. 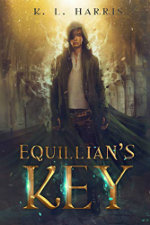 Daniel Boone Regional Library: According to your author biography, you’ve had a wide range of various hobbies and jobs over the years. Which one has contributed the most to “Equillian’s Key”?

K.L. Harris: That’s a difficult question to answer, because I have pulled things from almost every part of my life for this book. But the one that has contributed the most, I would have to say, is travel. I have been very lucky; I have traveled to various parts of the world since I was a child, and my Mom never liked the overly touristy stuff, so when we traveled we would be doing adventurous things like white water rafting, or searching the jungle for tigers.

I have also been very lucky in that many things that I’ve done have brought me to other countries and allowed me to live there long enough to experience their culture. My family and I lived in England when I was a child while my Dad did his teacher’s training in science; I studied acting for film in Florence, Italy, when I was a teenager; I moved to Australia for university when I was eighteen to study acting for screen and stage; I also studied kung fu at a sports university in China, among other things. Traveling has not only given me a taste for adventure, but it has also given me a wide variety of experiences with many different types of people in different circumstances. This has been monumental for writing “Equillian’s Key” because it has given me so much material to work with for creating my own world and for guiding my characters as each one steps out into the world on their own adventure.

DBRL: If you could take one of the fantasy elements in your book and bring it into our world, which element would that be?

Harris: I would have to say, the ghost element. I have always loved the idea that there are things that exist in our world that we cannot see. And that maybe, just maybe, something like magic really does exist, we just haven’t uncovered it yet.

DBRL: How did the world of Equillian start off and evolve in your mind?

Harris: It took me seven years to write the book, and I did the world building as I went along. It would have been helpful to have done all of the world building first, but I don’t think that I could have even if I had wanted to, because I didn’t know what the world was until I started writing it. The world started with the characters and my enthusiasm for pirates. I wanted an adventure story, something that captured that time when we transition from children into adults and step out into the world alone, because that was such a monumental part of my own life.

When I was writing I would create a place as the characters stepped into it, and the world did continue to grow and develop through the years. My family and I moved to America from Australia almost five years ago now, and my time here has greatly influenced Equillian. I have taken a lot of inspiration from our own world and what is happening in it. But the most wonderful thing about creating a world is that every special place, favorite thing, experience, what if, wish, and wonder that I have ever had has seeped in and become a part of it. Because of this Equillian has become a very special and personal place to me. It’s a strange process, creating a world. Now that it’s here, it feels like it has always existed, and even though it is so much a part of me, I almost wonder if I created it, or just happened upon its existence.

DBRL: Read anything good lately that you’d like to recommend?

Harris: Yes! Just recently I read or rather listened to a delightful book called, “After Atlas” by Emma Newman. It is the second book in her Planetfall series. I started listening to it so that I could get a sample of Andrew Kingston’s narration, because I was looking at using him for the audio version of “Equillian’s Key,” and then I was sucked in straight away and couldn’t stop listening until the whole thing was finished. It’s a brilliant book! It’s sci-fi with a very noir feel, set in a future earth and written in first person through the perspective of a down-on-his-luck detective. Very cool. The funny thing is, that it wasn’t until after I had started listening to it that I realized who the author was, and that it happened to be the same woman whom I was looking at to read Gwena’s chapters for “Equillian’s Key.” Serendipity! (And yes, both Emma Newman and Andrew Kingston will be narrating the audio version of “Equillian’s Key.” I’m very excited to have them onboard!).

Harris: You can loan it out from the Daniel Boone Regional Library; there are two copies there. You can purchase it locally at Skylark Bookshop and Barnes and Noble. The copies at Barnes and Noble are signed. You can also purchase it online at Amazon in both print and digital formats, or through a multitude of other online retailers. If you are a bookstore and would like to carry “Equillian’s Key,” then you can order the book through Ingram. And if you prefer to listen to books rather than read them, the audio book will be released either in November or early December this year. If you do read or listen to “Equillian’s Key,” please take the time to leave a review either on Amazon, audible or Goodreads. I would love to know what you think, and every review helps me to continue writing.