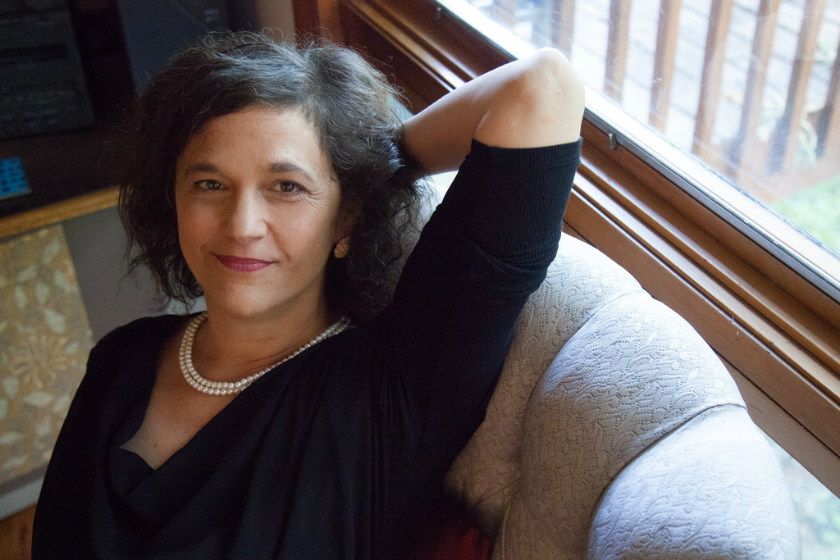 Karen Piper is a Columbia, MO author whose latest book is called “A Girl’s Guide to Missiles.” Piper grew up at the China Lake Naval Weapons Center, a missile testing base in California’s Mojave Desert where her family had a role in developing weapons for the US government. This memoir looks back at her unusual childhood and how it affected her and her family as she emerged into adulthood. The book was named the Capital READ for the Missouri River Regional Library in 2019. Piper is the author of several other nonfiction books and is currently a professor of literature and geography at the University of Missouri. I recently emailed some interview questions to her about the book, and she wrote back some answers. 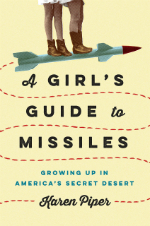 Karen Piper: I always thought of the book as a “coming-of-age” narrative about leaving China Lake. When you grow up in one cultural environment and then move into a completely different one, you can end up feeling like a fraud in both places, because each one only sees half of you. This book helped me heal those divisions. It’s a common experience for young people, so my story is hardly original, except for the part about the top secret military base!

Today, in a country that is so divided, I think a lot about reconciliation in a larger sense as well. Is it possible? I don’t know, but it was possible for me to reconcile those two sides of myself and grow from it.

Piper: Researching my parents and learning about all they went through to survive made me have much more sympathy with them, which I think helped me become a more empathetic person in general. Two world wars, and then the Korean and Vietnam wars, brought such tragedy and trauma to so many families in America. We tend to forget that fact, partly because people have a hard time reliving and talking about their traumas. Americans perhaps need to be better about accepting the undercurrent of violence, historically, that has affected us all.

Now I think of older people as libraries of fascinating information. Whether you agree with them or not, they carry the weight of history with them. In a world that seems dominated by social media influencers and Instagram likes, a world that is all about immediacy, that rich generational knowledge is too often forgotten or dismissed.

I think writing this book also changed the way I think about secrets. Because I grew up in a world of Cold War secrecy, which I found frustrating, I once believed that living with absolute transparency was the only ethical way of being. Now I am more understanding of the reasons for secrecy, both militarily and personally. Being under attack from Russia in the last election, with private emails being hacked so one party would win the election, really drove that point home for me. We do, as a nation, need to defend our secrets from enemies.

In the same way, I think people need to feel safe in order to reveal their own secrets and traumas. So I don’t push people to talk about their secrets as much anymore, even though I’m still insatiably curious about everyone.

DBRL: In a previous interview you mentioned that this memoir came about due to a fictional book you tried to write. Would you like to release a fictional book someday, or are you more interested in nonfiction writing in general?

Piper: I am dabbling with writing a novel right now, primarily because the genre of the soul-searching memoir exhausted me. It’s nice to write without feeling like I am exposing myself all the time. But I say “dabbling” because switching to the craft of fiction writing is challenging. We’ll have to wait and see if I can pull it off. It’s a climate change novel, a genre that fascinates me right now. I feel the world changing much of the time, the ground shifting beneath our feet, and in frightening ways. So it’s a thriller of sorts.

Piper: “American War” by Omar El Akkad. It’s a pretty dark climate change novel set the American South, so you would have to like that sort of thing. I’m also reading “Bettyville” right now and love George Hodgman’s wry sense of humor. He used to have an office down the hall from me.

Piper: Amazon.com or Skylark Bookshop, a wonderful little bookstore started by another of our Columbia authors, Alex George. I believe they have signed copies available.