There’s nothing better for a relaxed gathering of friends than kicking back and enjoying a game, whether it be with cards, a board or any other kind. In recent history, the ways that we play games have changed in significant and fascinating ways. While some classic games are still enjoyed, contemporary options like video games and role-playing games are increasingly popular. The history of these pastimes and what they mean to us is an under-told story. Several fascinating books are trying to change that, and show the path that brought us to the games of today. 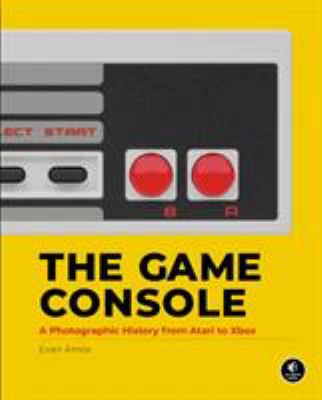 “A History of Video Games in 64 Objects” by the World Video Game Hall of Fame is one of a pair of books that endeavor to give a bit of visual history to the video game world. In doing, the World Video Game Hall of Fame has created a book that is both incredibly readable and fascinating to look at. With high-definition pictures of objects that range from foundational pinball machines to arcade games, from massive online multiplayer game servers to a copy of Oregon Trail, this title attempts to chart a course from the inception of what would become video games to the current day (as of 2018).

“The Game Console,” by Evan Amos is another great visual resource for video game history, focusing on the development of home consoles. With detailed descriptions and history of each console, alongside gorgeous visual breakdowns of the consoles and their accessories, this title is a wonderful resource for those interested in how video games in the home have looked over the years.

For a title that focuses on the history of a specific game, you can’t go wrong with “Masters of Doom,” by David Kushner, which chronicles the story of one of the most influential games in history, and the two men who created it. Doom was arguably the foundational game in the first-person-shooter genre and a source of controversy throughout its entire existence, so, unsurprisingly, the history of both the game and the titans of the industry behind it, makes for a fascinating tale from start to finish.

Shifting gears a bit, I wanted to showcase a few books that tell some of the history of the tabletop role-playing game Dungeons and Dragons. D&D is currently fairly mainstream, but many people might be surprised to know that the history of the company behind the game had many twists and turns. “Slaying the Dragon,” by Ben Riggs, explores those ups and downs in an engaging way to paint portraits of the many complex figures involved. This book delves into the gritty details of the decisions that eventually led to the modern incarnation of D&D, and will be an engrossing read for those interested in how the hobby developed.

For another viewpoint, look no further than “Dungeons and Dragons: Art & Arcana,” by Michael Witwer, a beautiful book that chronicles the many changes D&D has undergone in its artwork. By charting the way the aesthetics of the game have changed since its inception, this book tells a story of how the very fantasy of the game has evolved and shifted, while highlighting some of the odd quirks you might have missed.

For my last two titles, I want to take a detour into the realm of fiction, to show how contemporary games have influenced the kinds of stories we write. First, I’d like to recommend the graphic novel “Die” by Kieron Gillen, which involves a group of people who become stuck in their tabletop fantasy world. They escape, but many years later must return to discover the fate of their lost friend. The novel is gorgeously illustrated, and conveys the wonderful sense of other-worldliness and fantasy that the best D&D sessions can have, while having an undercurrent of horror from the real danger the characters are in.

Finally, “Slay,” by Brittney Morris is a young adult novel that follows the efforts of a teen video game developer as she fights against forces outside her control that seek to shut down the space she has built in her game. Focused on the potential of games to be a place for community and camaraderie, especially in the face of hardship, “Slay” is a wonderful read that I can heartily recommend.

And those are my recommendations for this month! Stop by the library for more books related to all things gaming, and have a great September!