Inside the Metropol, a Life is Lived. Inside your Library, a World Awaits.

This series of blog posts explores the rooms of the Hotel Metropol, setting of this year’s One Read title, and recommends books and films related to each scene. For a true admirer of the written word, one book is never the end of the story.

Music in the Air

Throughout the Metropol, you will find all manner of music, from the band in the Piazza to the jazz ensemble in the Shalyapin. Below are some samplings.

A gift from Richard Vanderwhile 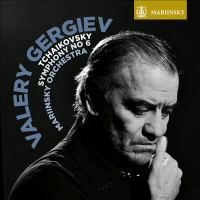 At the end of a very distressing day, the count returns to his quarters in the belfry and sheds “the tears of the luckiest man in all of Russia.” He finds a portable phonograph, compliments of his new American friend, Richard Vanderwhile. Among the records included, he finds and plays Vladimir Horowitz’ performance of Tchaikovsky’s first piano concerto.

“The Best of Tchaikovsky“

In the Shalyapin with the jazz ensemble

We learn that though the Count was raised “to appreciate music of sentiment and nuance,” he had grown fond of jazz.

“Like the American correspondents, jazz seemed a naturally gregarious force — one that was a little unruly and prone to say the first thing that popped into its head, but generally of good humor and friendly intent … exhibiting somehow simultaneously the confidence of the master and the inexperience of the apprentice.”

“The Rest Is Noise:  Listening to the Twentieth Century” by Alex Ross

In the Ballroom with Sofia and the Piano 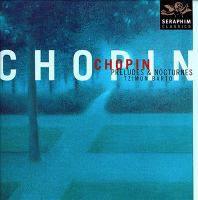 Wherein the Count mistakes a hapless piano instructor for a “villainous viper” attempting to woo Sofia, but quickly finds himself astonished not only at her technical skill, but also the deep “sensitivity of her musical expression.”

At the Boyarsky with Sofia

After a pleasant pre-dinner word game, the Count is accused of keeping his “buttons in their boxes” by his daughter, Sofia, sending him off in a huff to his “appointment with an eminent professor.” The reference to buttons, of course, refers to his effort to keep his tender liaisons with Anna Urbanova a secret from all other people in his life. Alas, it’s a small world when you live in a grand hotel.

“Einstein’s Riddle:  Riddles, Paradoxes, and Conundrums to Stretch your Mind” by Jeremy Stangroom

This secret meeting in the Count’s former quarters sets the stage for the action in the remainder of the book. The two old friends share a bottle of vodka and trade family stories. Richard Vanderwhile, now stationed at the American embassy in Paris, asks the Count to “now and then … shed some light on this or that.” The Count politely refuses. Richard warns that “… comrade Stalin appears to be on his last legs, and when he gives up his ghost, things are going to become very unpredictable.”

And indeed, nine months later, things do get very unpredictable, including the Count himself, who sets off on a daring and very entertaining scavenger hunt for a few key items throughout the hotel.

“Stalin:  The Court of the Red Tsar” by Simon Sebag Montefiore

“The Death of Stalin” DVD

“The Spy Who Changed the World:  Klaus Fuchs, Physicist and Soviet Double Agent” by Mike Rossiter