Inside the Hotel Metropol, a Life is Lived.  Inside your Library, a World Awaits 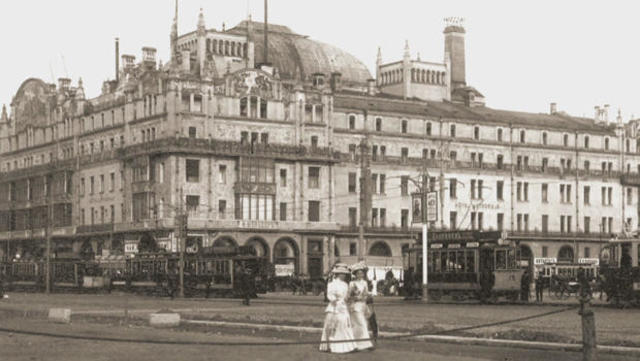 This series of blog posts explores the rooms of the Hotel Metropol, setting of this year’s One Read title, and recommends books and films related to these scenes. For a true admirer of the written word, one book is never the end of the story.

The Count’s “new quarters” in the Belfry

After being moved to considerably downgraded quarters at the Hotel Metropol, Count Alexander Ilyich Rostov decides he finally has time to read the essays of Michel de Montaigne, a volume much loved by his father.

Not long after his relocation, the Count meets young hotel resident, Nina, who schools him in the intricacies of the Hotel Metropol.  He realizes that there are “rooms behind rooms and doors behind doors.” pg. 56  Shortly thereafter, he finds a novel way to expand his cramped living quarters. Perhaps a few fantasy novels on the magic of passing through a secret door are in order?

“The Starless Sea” by Erin Morgenstern

“The Lion, the Witch, and the Wardrobe” by C.S. Lewis

To see the full One Read program line-up, go to oneread.org. From there, you can also submit a question for the Q&A with Amor Towles that will take place on September 22 at 7 p.m.