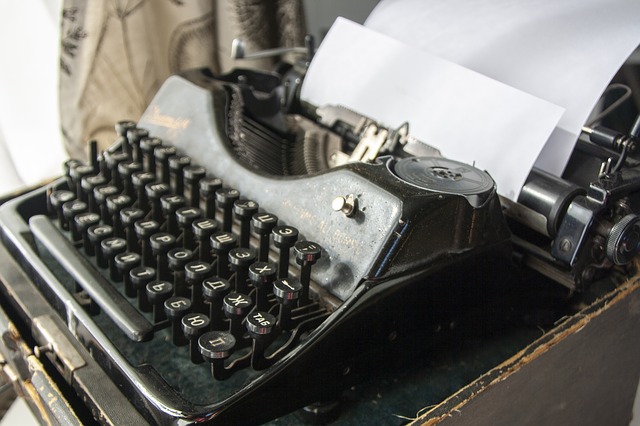 Before embarking on task #5, I immediately thought of a few options waiting in my ever-expanding to-read shelf, and quickly I realized there’s no shortage of books to choose from. Given that those in journalism profession are storytellers and many write in some format, it is no surprise that journalist-authored books are everywhere, and are especially prevalent in the nonfiction genres. Thus, many books that fit this task focus on current events, engaging social issues and scandals. Alas, I can only highlight a few!

Out of a deluge of options, I read “Bad Blood: Secrets and Lies in a Silicon Valley Startup” by John Carreyrou. In 2015, Carreyrou published several pieces of investigative journalism in the Wall Street Journal on a startup called Theranos. According to founder and CEO Elizabeth Holmes, the company created a machine that would make it possible for patients to test their own blood from home, using only a drop or two of blood. By making these tests quicker, cheaper and more convenient, Theranos’ device could revolutionize the healthcare industry. The problem? It didn’t actually work. Holmes refused to acknowledge this, but continued to lie to investors, and fired any employees who brought up this fundamental flaw. Using testimony from former employees, Carreyrou exposes this major instance of corporate fraud, and the lengths Theranos took to keep the scandal under wraps. As a bonus, this may also count for Task 17: A business book.

One of my favorites (that I almost forgot fit this task) is “The Spirit Catches You and You Fall Down” by Anne Fadiman. As a graduate student in the social and health sciences, I could probably talk your ear off about this one but I’ll spare you. The book follows the Lee family, who are Hmong immigrants living in California. Their young daughter Lia has a severe epileptic condition that results in frequent hospitalization, and medical staff and the Lee family are seemingly at odds with one another about treatment. This book emphasizes the importance of cultural competency in bridging this “gulf” between physicians and patients, and is often required reading for medical and nursing students.

In the category of “books I badly want to read”, is “American Prison” by Shane Bauer. The book is a piece of undercover journalism — Bauer became a guard at a for-profit prison operated by an organization called CCA (now known as CoreCivic), and revealed how these institutions make huge dollars off the labor of their prisoners. As the presence of for-profit prisons in the U.S. grows, this seems like a must-read. Plus, the author was featured at our local Unbound Book Festival in 2019!

For a fiction option, try “The Girl with the Dragon Tattoo,” the first book in the Millennium series. Journalist Mikael Blomkvist works with hacker Lisbeth Salander to discover what happened to Harriet Vanger, a missing person, while Blomkvist strives to regain his credibility after losing a libel case. The late author Stieg Larsson was a journalist himself, perhaps adding his own insights to create a compelling narrative.

September is One Read month here at DBRL, and I’d be remiss if I didn’t include “Nomadland: Surviving America in the Twenty-First Century,” our current One Read selection. In case you missed it, “Nomadland” author Jessica Bruder embarked on years-long research while living among nomadic workers, mostly older Americans who spend their traditional retirement years living in vehicles and traveling from one low-paying, temporary job to the next. Make sure to check out our One Read programming in our events calendar, and don’t miss Jessica Bruder’s talk on Tuesday, September 24. The event is held at Launer Auditorium on the Columbia College campus from 7-8 p.m. and will be live streamed to the Callaway County Public Library in Fulton.

And check out the library’s list for more books that fit this task!