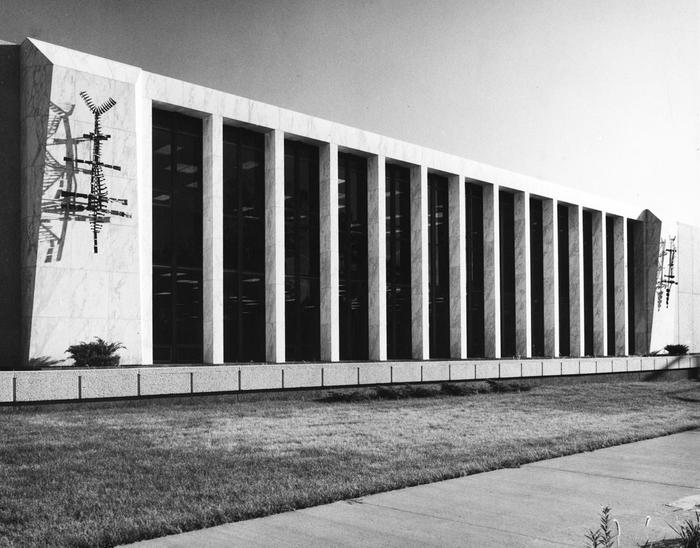 In 1959, several mid-Missouri library districts formed the Daniel Boone Regional Library (DBRL) system. Our early collection contained 51,839 printed books and 280,940 items were checked out annually. 60 years later, DBRL continues to serve Boone and Callaway Counties with libraries in Ashland, Columbia, Fulton and Holts Summit. The bookmobile visits other communities in the two-county area, and our Book Bike and Book Rover can often be seen at local events. Across these branches, the DBRL system now houses 403,871 printed books. Changing technology has brought new formats like eBooks and audiobooks. With this expansion of services, the number of annual check-outs has climbed to 2,318,218. To celebrate our anniversary, we’re highlighting some titles that have continued to fly off the shelves over the years.

A classic tale from the 1960s, “To Kill a Mockingbird” by Harper Lee, was popular during the library’s formative years, and it has remained so. The community selected it as our second One Read title in 2003. It is the coming-of-age tale of Scout Finch, a young girl growing up in small-town Alabama in the 1930s. She and her brother spend their summers taunting their mysterious neighbor, Boo Radley. Their childlike curiosity leads to loss of innocence, however when Scout’s father Atticus becomes involved in a controversial legal case. The book was an instant critical and commercial success, and is still widely praised for its handling of controversial themes like sexual assault and racial inequality.

“Curtain: Poirot’s Last Case” by Agatha Christie was the highly anticipated final novel in Christie’s long-running mystery series starring detective Hercule Poirot. A bestseller in 1975, this novel was also the last of Christie’s works published before her death. Christie originated the Poirot character in 1920, and claimed to be sick of him by 1930, but she continued his story because of public demand. It paid off, as the Poirot series remains quite popular among our patrons decades later because of the enduring charm of the central character and several television and film adaptations.

The 1980s saw increased media focus on the dark side of human behavior including serial killers and satanic cults. Stephen King’s brand of horror gained more popularity in that decade, with 12 different books appearing on the Publisher’s Weekly Bestsellers list. He both benefited from and contributed to an evolution of the horror genre, adding a sense of realism by balancing the abnormal with the normal. “Pet Sematary” is a standout example. In small-town Maine, a cemetery can bring dead pets back to life, though not quite like they were.  When 2-year-old Gage is killed by a truck, his grieving father uses the burial site in hopes of reviving his sweet son, but the family quickly learns that “sometimes, dead is better.”

If the 1980s was the decade of Stephen King, the 1990s belonged to John Grisham. The attorney and writer is known for his legal thrillers. Nine of Grisham’s books landed on the Publisher’s Weekly Bestsellers list between 1991 and 1999, taking the top spot each year between 1994 and 1999. “The Firm” was Grisham’s second novel, but his first to gain widespread popularity, subsequently selling over seven million copies. Today, Grisham continues to publish one or two books per year, and his newest novels always have a long waiting list at DBRL.

Though the first three books were released in the late 1990s, J.K. Rowling’s Harry Potter series defined the 2000s. This decade saw the release of four more Harry Potter books starting with “Harry Potter and the Goblet of Fire” in 2000 and ending with “Harry Potter and the Deathly Hallows” in 2007. Though these four were the fastest-selling books in history, you won’t find them on most adult fiction bestseller lists in the 2000s. The popularity of the series and its dominance over the top spots in the late 1990s led to the creation of new lists specifically for bestselling children’s books. At present the books have sold more than 500 million copies and have been translated into 80 languages. Harry, Ron and Hermione’s experiences at Hogwarts School of Witchcraft and Wizardry have brought magic to the lives of millions of children and adults, and remain in high demand at DBRL.

Set in France and Germany during World War II, author Anthony Doerr’s “All the Light We Cannot See” follows the intertwining paths of two young people and how they navigate the challenges that wartime brings. Marie-Laure, 12-years-old and blind, must flee Nazi-occupied Paris, carrying a special treasure in tow. Meanwhile in Germany, orphaned Werner Pfennig is a natural talent with technology and develops instruments that make secret communications possible — a rare luxury in Hitler’s Europe. Doerr’s novel spent 130 consecutive weeks on The New York Times Best Sellers List, was a Publisher’s Weekly bestseller through 2016 and won several literary awards including the Pulitzer Prize for Fiction in 2015. It remains a popular title among our DBRL patrons.

Check out the library’s list for more best-sellers through the decades.