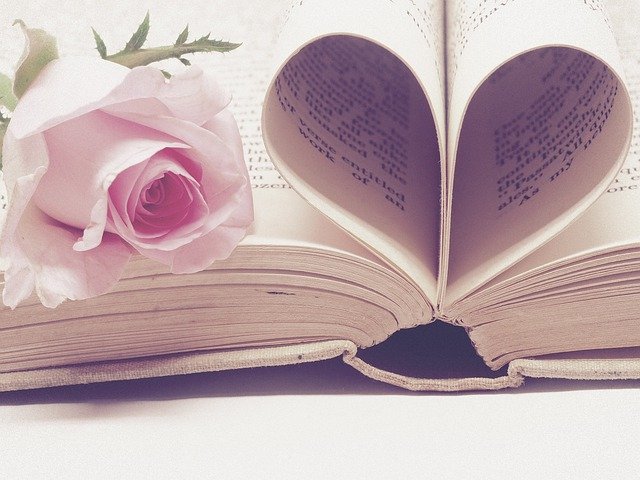 Winter hasn’t quite let us out of its icy grip, and I find myself wanting to read something comforting. For me, that means knowing that the characters I will inevitably fall in love with get their own happily ever afters, and so I turn to one of my favorite genres: romance. Here are just a few wintry romances to warm you up.

“The Winter Sea” by Susanna Kearsley is an enchanting historical romance. The main character, Carrie, is a novelist trying to write her next book. She moves next to the Scottish Slains Castle and starts to write, creating a heroine based on her own ancestor. But after she writes a scene, she discovers that her “fiction” is actually historical fact, and learns that perhaps she’s uncovering something unknown about the failed Jacobite uprising of 1708. The touch of magic in this book makes it impossible to put down. While this book is often considered a romance, there’s lots of history and political intrigue for readers, too.

In the cold, tiny town of Lunacy, Alaska, Baltimore cop Nate Burke tries to make a new home for himself after he witnesses a tragedy. A unexpected New Year’s Eve kiss with pilot Meg Galloway heats things right up. But Nate’s investigation into an old cold case leads him to believe that the killer might still be walking the streets of Lunacy. His discovery will threaten his newly-found happiness. Between the romance and the mystery, you’ll surely stay up too late reading “Northern Lights.”

This next one is a true romance, through and through: a proposed marriage of convenience is what leads Evie Jenner to Viscount St. Vincent. She wants to escape relatives who stand to gain from her large inheritance, and Sebastian St. Vincent is intrigued enough with her audacity and beauty to agree. But the proposal comes with a condition: no lovemaking will take place until their wedding night. While “Devil in Winter” is full of typical romance tropes (opposites attract, reformed rake), the fully developed characters is what makes it a reader favorite.

Now, how about a nice fantasy romance? “The Winter King” tells the story of handsome King Wynter’s pursuit of vengeance that leads him to falling for the Princess of Summerlea, Khamsin. But dangerous forces are gathering, and the power that Wynter wields threatens to destroy everything he’s fought for. The world-building of this book is superb, as is the balance between the romance and fantasy elements. And yes, the cover leaves many wanting — I promise it’s not indicative of the story inside!

I know that some of us are just counting the days until we can lounge in the sun without a jacket. For you, I present, “The Unhoneymooners.” Olive’s sister Ami is lucky. Lucky in love, and lucky in general; so lucky in fact, that she’s paying for her whole wedding by winning a series of internet contests. But when the entire wedding party comes down with food poisoning except Olive and her nemesis Ethan (the best man, of course), they’re the new winners of the all-expenses-paid honeymoon to Hawaii. This is a super fun, and often funny, enemies-to-lovers story that will let you escape the chill of winter for a while.

If romances aren’t your thing, that’s a-okay. Sign up for The Comforts of Winter program, and you can create your own winter reading challenge (and I won’t be offended if your challenge includes zero romances). If you complete your challenge, you’ll get a fun prize. Happy winter reading!