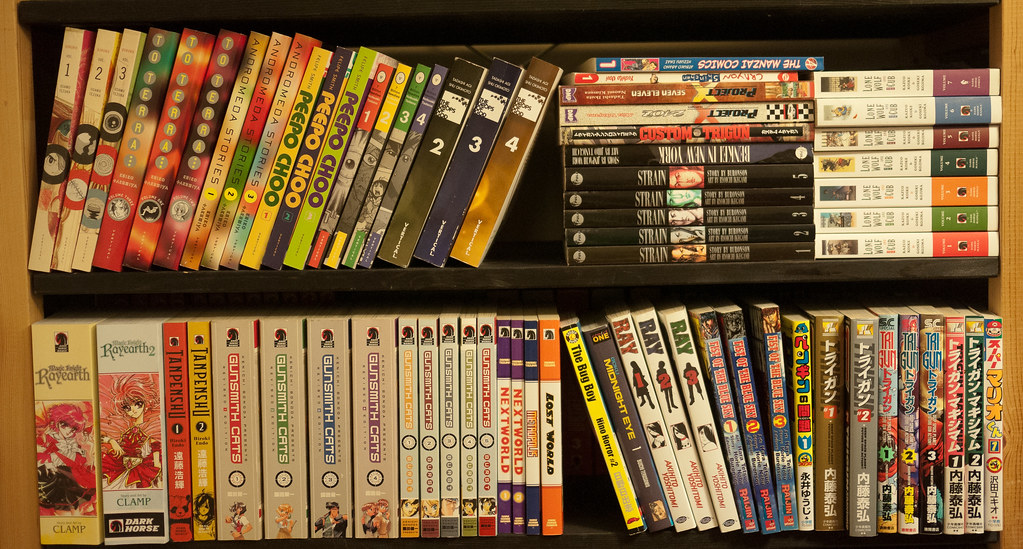 Graphic novels and comics are a great medium because they combine strong storytelling with visually appealing art. Plus, reading stories in this format can help you play catch-up on your reading goals, because they typically take less time to read than a standard novel! As a long-time student who never thought I’d have time to read anything non-academic while in school, I’m grateful that graphic novels helped me rediscover pleasure reading. Despite reading tons of other comics and graphic novels, I never delved much into manga until recently, but there are tons of great titles. Manga is a Japanese form of comics, including comics written in Japanese or made in Japan that adhere to certain stylistic elements. Manga is read from right to left, and may take some time to adjust to if you are used to reading from left to right.

Here’s a visual guide of how to read a manga page: 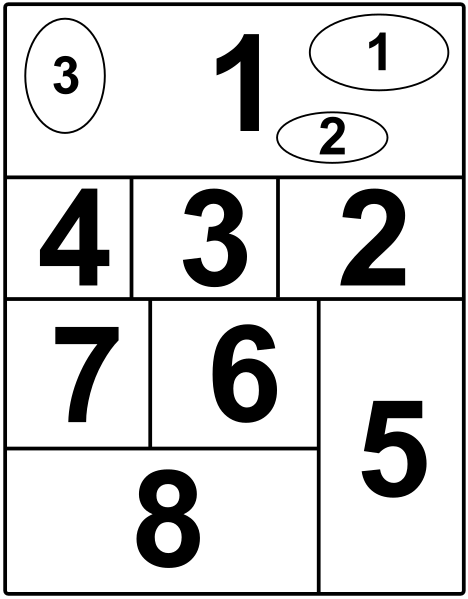 One of the first manga books I read was “My Brother’s Husband” by Gengoroh Tagame. This two volume set is centered on Yaichi, a single father raising a young daughter in the suburbs of Tokyo. The family receives a surprise visitor in Mike, the Canadian husband of Ryoji, Yaichi’s estranged and now deceased twin brother. In getting to know super-lovable Mike, Yaichi grapples with his past relationship with his twin, and his own current prejudices. This book also counts for the Read Harder challenge task 21: Comic by an LGBTQIA creator.

One series that may appeal to library patrons for obvious reasons is Library Wars by Kiiro Yumi. In a fictional near-future, the government gets rid of books that it deems unsuitable for people to read, but library workers dutifully defend themselves against the purging of their book collections. Teaming up with local supporters, libraries form a military group called the Library Forces to fight censorship!

Another popular manga series is Death Note by Tsugumi Ohba. Protagonist Light Yagami is your typical high achieving student — he’s doing well in school but feels his life is mundane. One day, he finds a powerful notebook — any human whose name is written in this Death Note dies. Light’s life becomes anything-but-boring when he decides to use the Death Note to bring down evil forces.

While most manga I’ve come across tells fictional stories, this format has also been used for informational purposes. By now, you’ve probably of the book “The Life-changing Magic of Tidying Up” by Marie Kondo or the author’s recent Netflix series “Tidying Up.” But now there’s a manga version called “The Life-changing Manga of Tidying Up” to help you visualize the Kondo method of organizing your home by getting rid of items that do not bring you joy.

If you’re participating in our Read Harder Challenge and want to knock off 3 tasks at once, I’ve got a manga for that! “The Bride Was a Boy” by Chii also counts for task 21: Comic by an LGBTQIA creator and task 18: A novel by a trans or nonbinary author. Chii uses cutesy animation to tell the story of her transition and finding love.

If none of those strike your fancy, check out the library’s list for more manga options.