Born at the end of July, I’ve always held a soft spot in my heart for the blistering “dog days” of summer, whether I’m eating a homemade popsicle, hanging out at the pool with friends or going on a fun outdoor adventure like hiking or berry-picking. But sometimes it’s just 🔥too hot🔥 and even unsafe to enjoy those daytime activities, so I turn my attention instead to a both exciting and relaxing activity that is best experienced in the low-light hours when the blazing sun is gone or almost-gone from the horizon: stargazing.

You may have heard of some of the more common constellations and asterisms, or star patterns and star shapes, that we can see in the summer here in the Northern Hemisphere. To the north, there are: Ursa Major, the Great Bear; the Big Dipper, which is a part of Ursa Major; Ursa Minor, also called the Little Dipper; Draco, the Dragon; and Cassiopeia, the Queen.

To the east, there are: Cygnus, the Swan; Lyra, the Lyre; and Aquila, the Eagle. 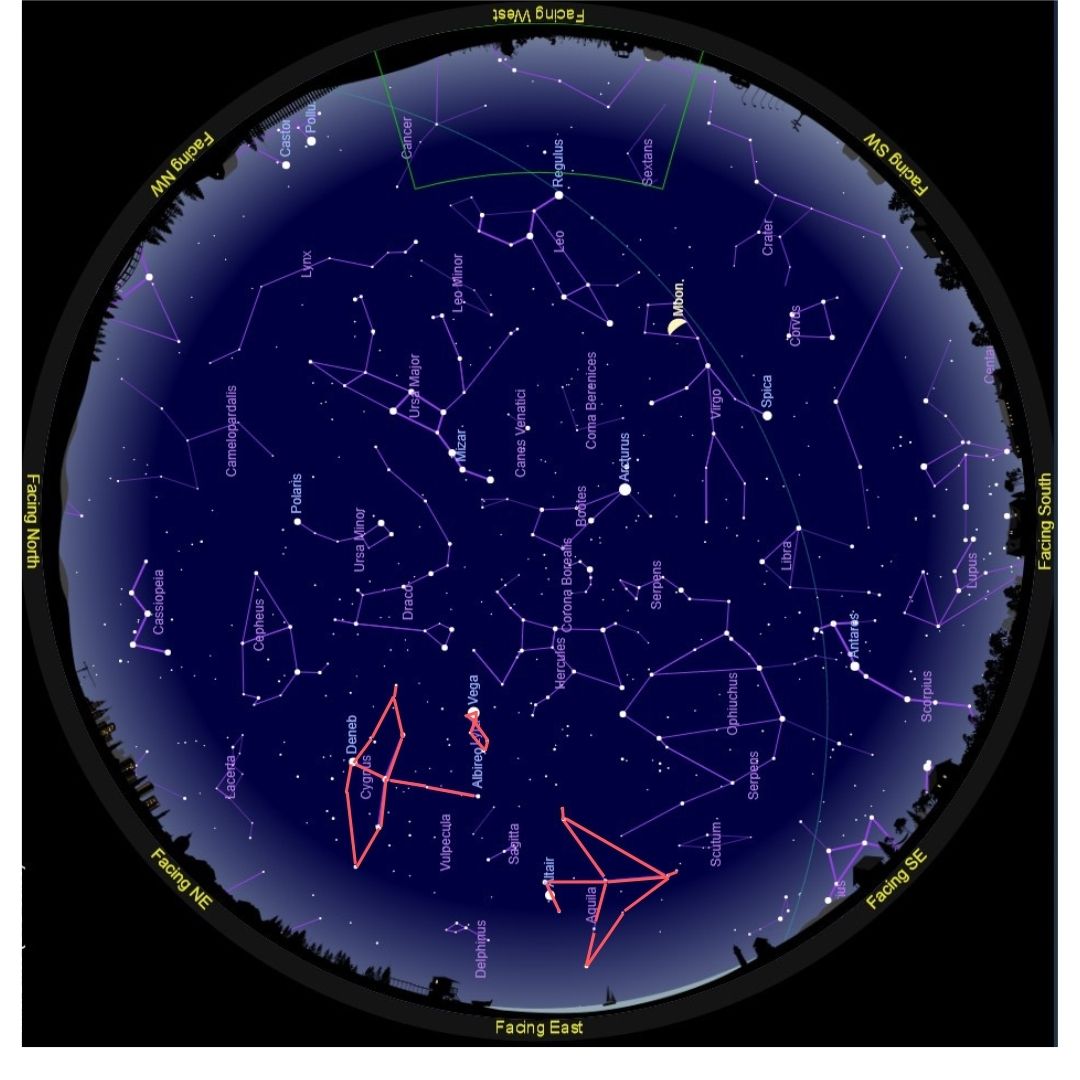 To the south, there are: Ophiuchus and Seperns, the Serpent-Bearer and the Serpent; Libra, the Weighing Scales; and Virgo, the Maiden. 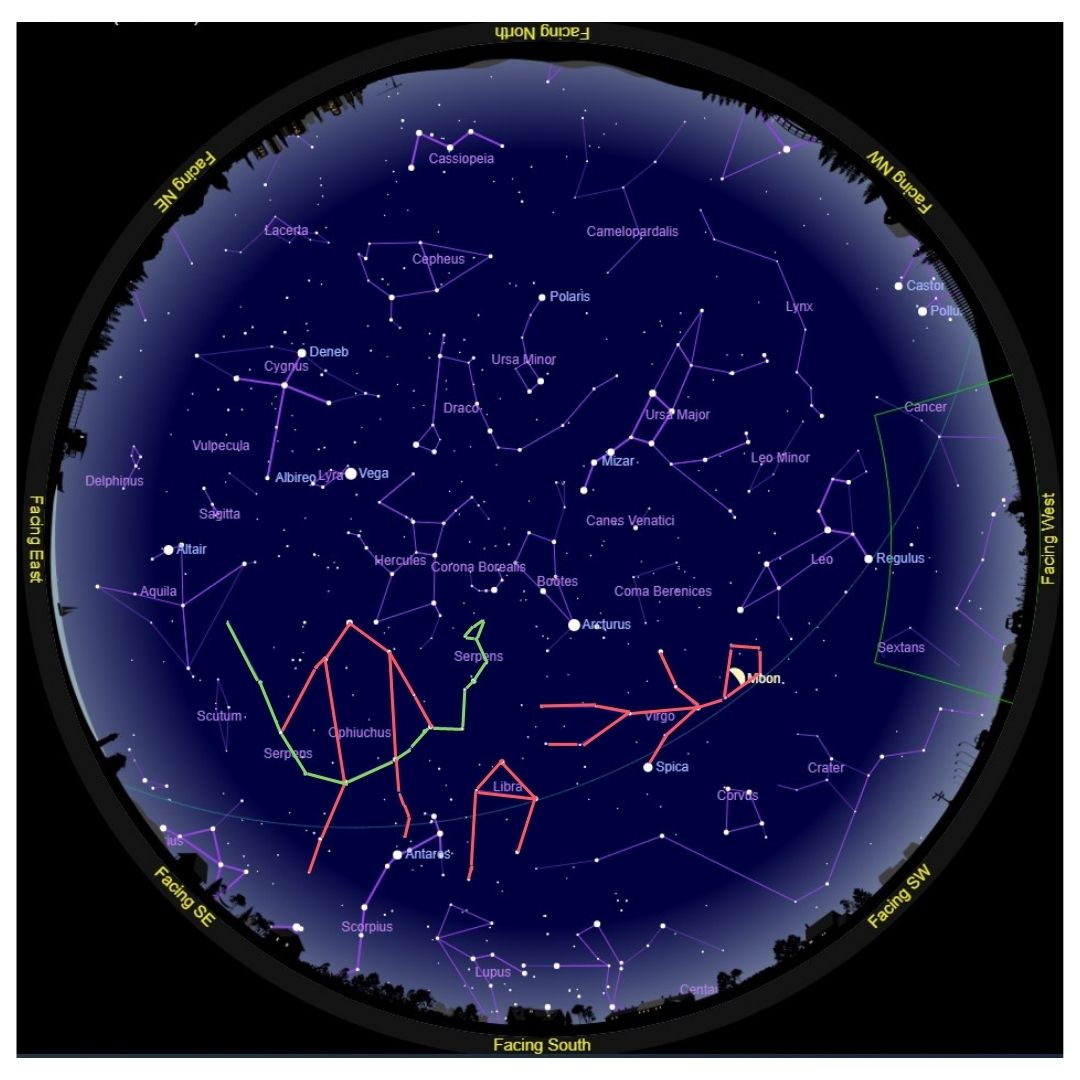 And to the west, there are: Leo, the Lion; Leo Minor, the Smaller Lion; and Lynx. 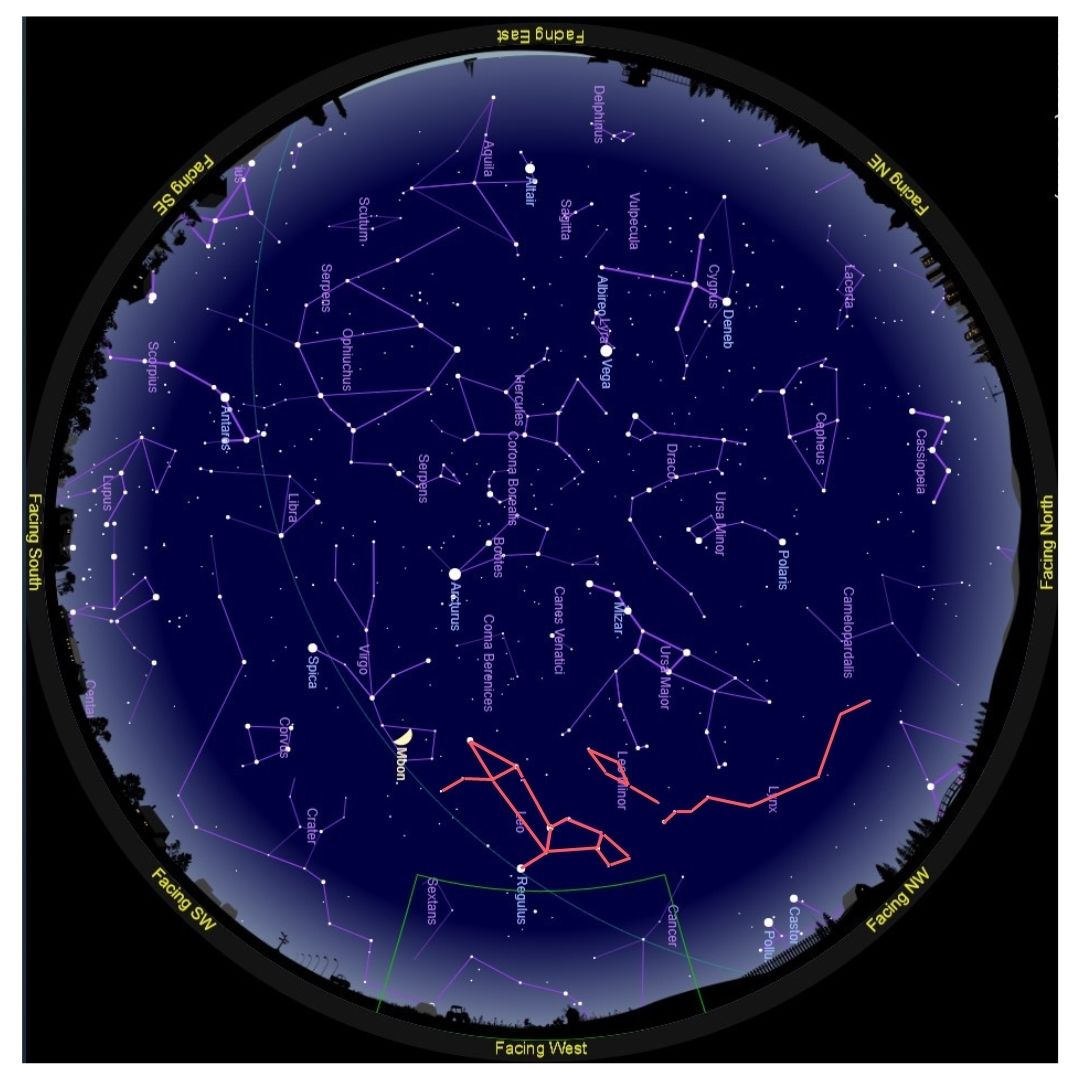 Out of these 15 constellations and asterisms (which are just a small sampling of the 88 constellations officially recognized by the International Astronomical Union), the three eastern constellations Cygnus, Lyra and Aquila are especially important for the summertime stargazer. This is because one star from each of these three constellations come together to form an asterism called the Summer Triangle. Usually, this star shape is the most visible pattern to the naked eye in the summer sky in the Northern Hemisphere and is often used as a reference point in locating other star patterns. In fact, the three stars that make up the Summer Triangle—Deneb from Cygnus, Vega from Lyra and Altair from Aquila—are some of the brightest stars in the sky, brighter even than Polaris, commonly referred to as the North Star or Pole Star, which is found at the tail end of Ursa Minor/the Little Dipper.

But if you haven’t heard of any of these star patterns and shapes, or if reading about all their different names and positions and orientations is making your head spin (like it did mine while I was researching this blog!), the most essential fact about summertime stargazing to remember is this: “constellations [and asterisms] are generally really a matter of perspective,” says the International Astronomical Union. “They are simply our Earth-based interpretation of two dimensional star patterns on the sky made up of stars of many differing brightnesses and distances from Earth.”

In other words, humans having been gazing at the sky and making sense of what we see there since time immemorial. Just because you can’t find a particular constellation or even a particular star, doesn’t mean you aren’t stargazing in the right way. In fact, I would encourage you to leave behind some of the factual components of stargazing and instead take time with a loved one to find your own shapes and patterns and to give those shapes and patterns their own backstories. After all, all the stories (and some of the facts) we have about the stars today were themselves created out the curious and generous spirit of other human minds.

So, if you’re wanting to know more about the histories and mythologies of these constellations, asterisms and stars, as well as the fascinating science behind them, take a gander at this stargazing booklist for my recommendations. You might also consider attending the library’s after-hours and downright dazzling event, Party with the Stars, happening this Friday, July 8th, from 7:30-9:30 p.m. Or you can check out one the library’s telescope kits and revel in the facts and mysteries of these far-off phenomena at home!