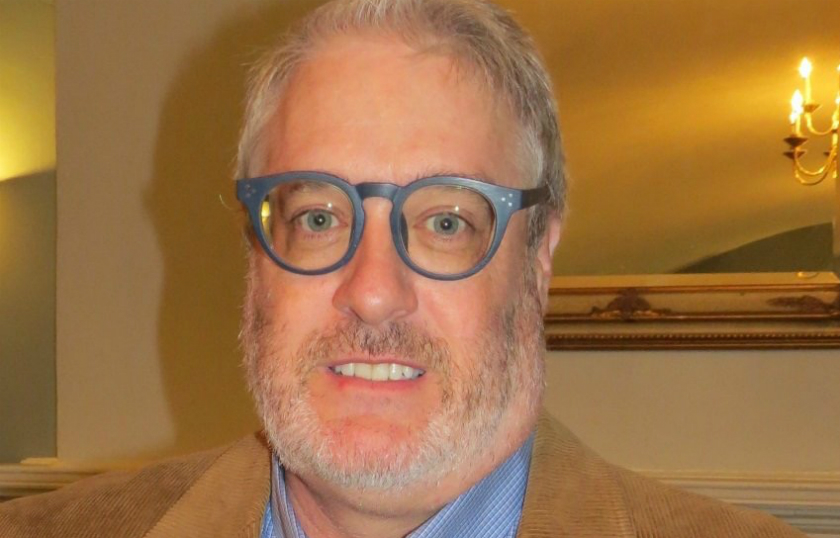 Tim Scherrer is a Columbia, MO author who just came out with his debut book, “Crashed the Gate Doing Ninety-Eight: The Citizens Band Radio and American Culture.” Scherrer recently gave a talk about the book at the Columbia Public Library back in September. Citizens band (CB) radios created America’s first form of electronic social media, where strangers created virtual communities with shared purposes and unique “slanguage.” The book covers the creation, boom and decline of CB radio use as well as the pop culture manifestations of the phenomenon. I recently emailed some interview questions to him, and he was kind enough to take time out of his schedule to write back some answers. 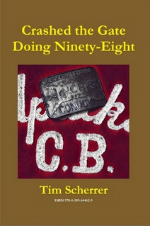 Daniel Boone Regional Library: The title of your book comes from lyrics of the 1975 song “Convoy.” Why did you choose that title?

Tim Scherrer: “Crashed the Gate Doing Ninety-Eight” is very descriptive of CB radio in the 1970s. It crashed into the America with a big splash in addition to crashing the Federal Communications Commission (FCC) attempts for regulation. Rather than regain control of CB radio, the FCC simply deregulated it. Citizens banded together to take control of citizens band radio from the FCC. The growth was so fast and dramatic that it took on a life of its own. I thought the title was a natural fit to describe how CB rose from a million to over thirty million users in a few years.

It is also a hat tip to Bill Fries who I interviewed for the book. Bill is better known as C.W. McCall and did quite a lot for the spread of CB radio. If you listen to the remake by Paul Brandt, he even drops the music when he recites that line. Before I speak about the book to a group, I play the Brandt version of the song so people can make the connection.

DBRL: What do you think is the most misunderstood aspect of citizens band radio by the general public?

Scherrer: CB radios were the first social media platform in the US. The ability to communicate in an unregulated format with content defined by the users is a hallmark of modern social media. Many of the patterns in current day social media were formed during CB’s rise. Think “handle” in Twitter is a coincidence?

Many people think of it as a fad but it was deeply ingrained into American culture of the 1970s. So many things like anti-authoritarianism, a rise in the popularity of Southern culture, the mainstreaming of country music and the building of virtual communities all come together during the boom years of CB radio. While CB didn’t have staying power for many reasons, it is still a significant part of the story of the 1970s.

DBRL: Why do you think that so little has been written about citizens band radio culture by modern day historians?

Scherrer: The 1970s occupy an odd place in recent history. It is sandwiched between the 1960s, which had considerable turmoil and the 1980s with a rise of conservatism, laissez-faire economics, and the end of the Cold War. Many historians connect the 1970s as the tail end of the 1960s or beginning of the 1980s. The rise and fall of CB radio and its culture is a uniquely 1970s thing that doesn’t fit well into those other periods.

I also believe some historians don’t think of CB’s as worthy of research since it is viewed as a fad. They miss the deep ties to what was occurring in America at that time. The last 10 years has further defined what social media is. When I started writing about CB radio in 1996, I just had the internet to compare it to. Over the past decade MySpace and Facebook have evolved as well as many other platforms that function in very similar ways.

While the current technology is text and visually driven, voice communications did very similar things during the 1970s. It is hard to compare something that wasn’t replicated until many years later. It was the first of many now common platforms that people use to share information, stories and personal information. Sometimes that information can be a little too personal! That is true today and during the CB years.

Scherrer: I generally only read nonfiction. I am almost always restoring some WWII item so I spend a lot of my time in original manuals and references. I did enjoy Augustus Tolton: The Church is the True Liberator by Joyce Duriga. Fr. Tolton is from my hometown of Quincy, IL and I also work at the school named after him. It is a very inspiring story. I also enjoyed WARBABY: The True Story of the Original Jeep by William Speer. He follows the development of the American Bantam Car Company creating the first jeeps in 1940-41.

It is available via Lulu.com. I also have signed copies available on eBay and it can be ordered through Amazon and other book sellers. If someone has a copy and wants it signed, just contact me and I’m glad to sign it. I hope people enjoy it.