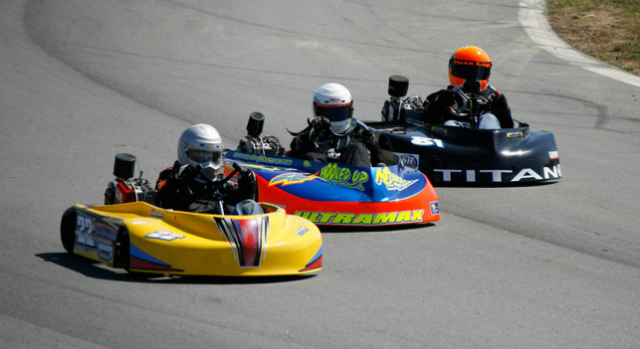 Not many people get to see the hours of practice and hard work put in by the racers in competitive motor-sports. These docs take a closer look at these drivers, both amateur and legendary, who’ve dedicated themselves to the race track.

Chronicles a year in the life of three tweens who dream of becoming NASCAR drivers as they race in the World Karting Association’s National Pavement Series. This film is a humorous and heartbreaking portrait of racing, young love and family struggle. END_OF_DOCUMENT_TOKEN_TO_BE_REPLACED

This month’s LibraryReads list of books publishing in April that librarians across the country recommend includes a nonfiction work that wins the award (an imaginary award bestowed by me) for best title ever: “The Bad-Ass Librarians of Timbuktu and Their Race to Save the World’s Most Precious Manuscripts.” How could scads of librarians NOT recommend this book? We also have works inspired by Jane Austen and Sherlock Holmes, so get ready to be entertained and place some holds on these forthcoming books!

“Eligible: A Modern Retelling of Pride and Prejudice” by Curtis Sittenfeld
“Love, sex, and relationships in contemporary Cincinnati provide an incisive social commentary set in the framework of ‘Pride and Prejudice.’ Sittenfeld’s inclusion of a Bachelor-like reality show is a brilliant parallel to the scrutiny placed on characters in the neighborhood balls of Jane Austen’s novel, and readers will have no question about the crass nature of the younger Bennets, or the pride – and prejudice – of the heroine.” – Leslie DeLooze, Richmond Memorial Library, Batavia, NY END_OF_DOCUMENT_TOKEN_TO_BE_REPLACED

Reading while traveling in a car can be difficult. I had a friend who read magazines and books while we drove to bicycle races when I was a teenager. He was the driver.  Audiobooks didn’t exist then, but I wish they had because this would have avoided many hours of extreme anxiety for me. My daughter claims that the “barf monster comes” if she reads in the back seat of our subcompact Toyota. My wife can read for about .03 minutes in the car without feeling queasy. The answer is audiobooks, whether you are traveling this spring break as a family or alone with your phone and a backpack. Unless otherwise noted, all audiobooks reviewed below are available on CD and/or downloadable mp3 formats through OverDrive. END_OF_DOCUMENT_TOKEN_TO_BE_REPLACED

There are topics many of us avoid discussing, and the end of life is one of them. We know that our time on earth is finite, but most of the time we push that thought away. Recently, though, I came across a book that reminded me that it’s about time I give it serious consideration. That book is “Being Mortal” (Henry Holt & Company, 2014). It’s author, Atul Gawande, is a surgeon and, as such, he’s witnessed life and death struggles many times, including his father’s. Gawande begins his book with an excerpt from Leo Tolstoy’s novella “The Death of Ivan Ilych.” In it, the main character is terminally ill, but nobody tells him about his imminent death. The doctors discuss his liver as if it has no connection to the rest of him, and his family pretends that he’s just sick and not dying. END_OF_DOCUMENT_TOKEN_TO_BE_REPLACED

It feels like I’ve read millions of stories about smart and awesome children who are bullied by their peers and hated, or at least mistreated, by their parents (or, more likely, their legal guardian(s) or orphan master), but eventually they find the right mentor and/or peers and flourish. But when this template is used by a good writer, it remains satisfying no matter how many times it’s been slipped past my…head windows. And Charlie Jane Anders is, at least in this gentleman’s estimation, a great writer. And “All the Birds in the Sky” is a great novel, a new classic in the genre of “extra-special kid(s) with unfortunate upbringing(s) rise above their station and show the world their greatness.”

In order to judge the novel outside of the shadow of novels with similar conceits, I took the groundbreaking and head-breaking measure of attempting to induce amnesia. I tapped my noggin vigorously with all manner of mallets and took a number of tumbles down staircases, and in one regrettably memorable experience, sent myself plunging down my dumbwaiter, only to find that not only had my butler not been removing the now very rotten food scraps, but also one can earn a nasty infection from moldy silverware, and I don’t have a butler, and my dumbwaiter is just a second story window. Alas, the amnesia did not take. My mind, unfortunately, is still as sharp as…one of those, uh, sharp stabby things, the ones you use to affix pictures of your favorite monarchs to your dormitory walls…wallstabbers? Yes, wallstabbers. END_OF_DOCUMENT_TOKEN_TO_BE_REPLACED 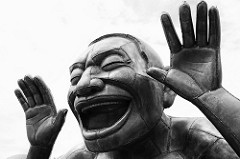 As you’ve heard before, laughter is one of the best medicines, having positive effects on us physically, mentally and socially. This seems like a pretty big deal, that something free and fun can be such a gold mine of therapeutic benefits. If winter has you down low and feeling cabin-fever-confined, then stock up on some books from the library’s wit and humor collection and get your laughter fix.

No list of suggested humor reads would be complete without books by David Sedaris.  I picked up his most recent title, “Let’s Explore Diabetes with Owls, Essays, Etc,” hoping for some comic relief. Within the first paragraph of his essay “Dentists Without Borders,” I started laughing, deep from the belly. I knew we were off to a great start! Sedaris is a gifted storyteller and uses his unique, quirky and twisted brand of humor in a quasi-autobiographical, non-fiction approach to recount tales of his odd-ball upbringing, job histories and ordinary daily life experiences. He tempers his humor with a dose of poignancy, lending insight to our human foibles. END_OF_DOCUMENT_TOKEN_TO_BE_REPLACED 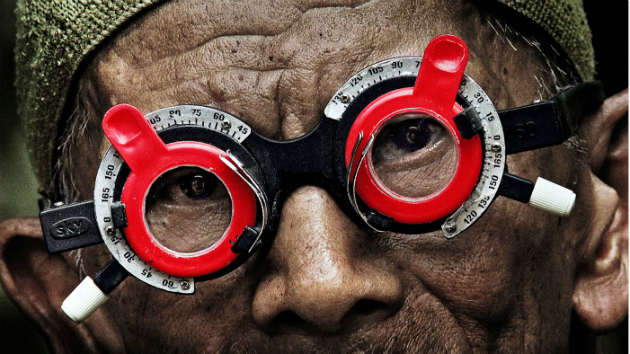 “The Look of Silence”
Trailer / Website / Reviews
Through Oppenheimer’s footage of perpetrators of the 1965 Indonesian genocide, a family of survivors discovers how their son was murdered, as well as the identities of the killers. Playing last year at the True/False Film Fest, this unprecedented film initiates and bears witness to the collapse of 50 years of silence.

END_OF_DOCUMENT_TOKEN_TO_BE_REPLACED 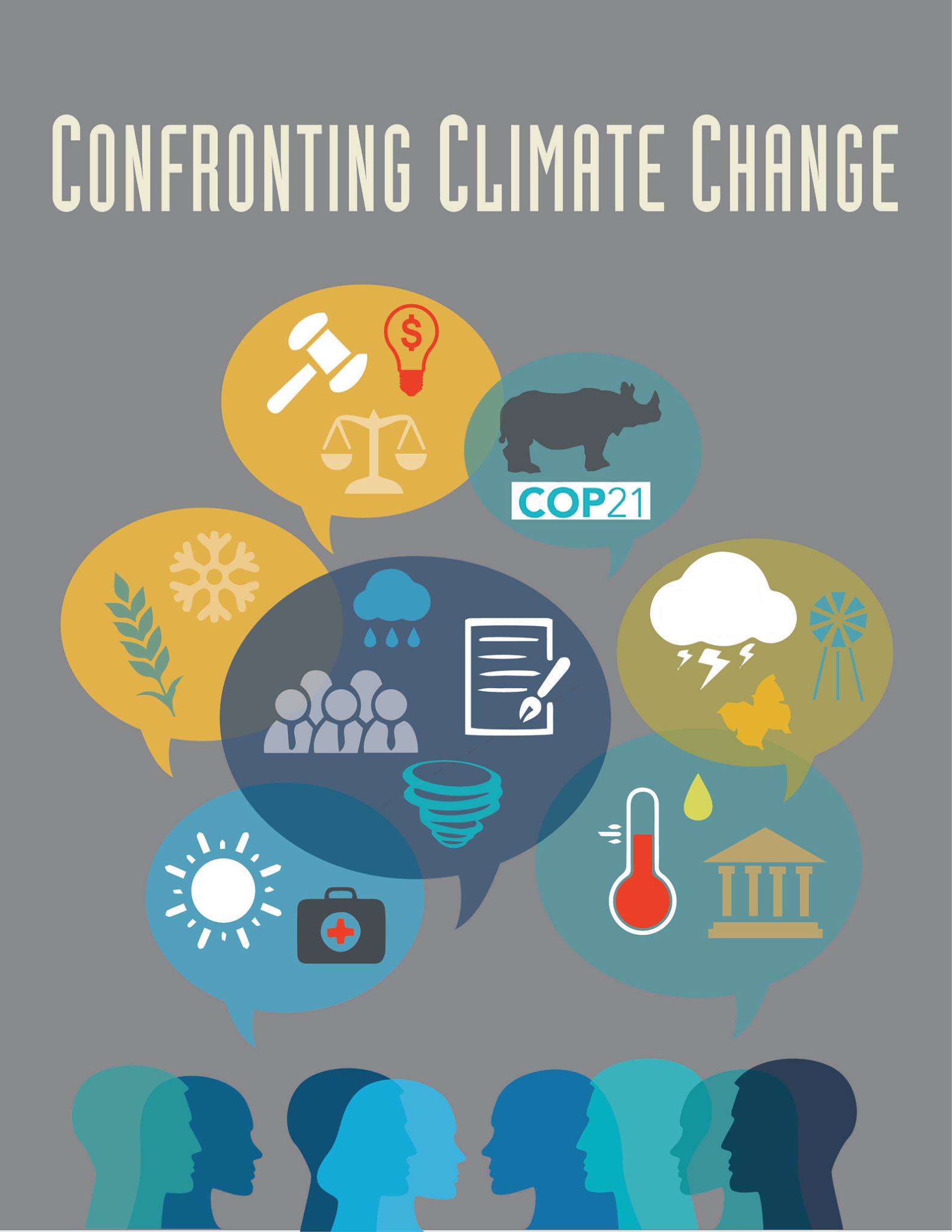 According to NASA and NOAA, 2015 was the hottest year on record. While some still argue about whether climate change is real, most scientists agree that it is and are studying its effects and ways to slow or reverse the damage.

MU’s 12th Annual Life Sciences & Society Symposium, held March 12 and 17-19, 2016, addresses the complex and controversial topic of how we should confront climate change by gathering seven expert speakers in search of answers to a few key questions. How and why is climate change happening? What are its consequences likely to be for weather, agriculture, health and society? And what can and should be done – in terms of energy, technology and policy – to mitigate it? All events are free and open to the public. See the full schedule and event locations at the symposium’s website. END_OF_DOCUMENT_TOKEN_TO_BE_REPLACED

March is National Women’s History Month and the theme for 2016 is “Working to Form a More Perfect Union: Honoring Women in Public Service and Government.”

What perfect timing for me! I have just finished reading two wonderful books about the first two women on the Supreme Court who have worked tirelessly to make this a “more perfect union.”

In “Sisters in Law: How Sandra Day O’Connor and Ruth Bader Ginsburg Went to the Supreme Court and Changed the World,” Linda Hirshman alternates between these two amazing women’s stories. Sandra Day O’Connor, as the first woman of the Supreme court, said that it was great to be the first, but she didn’t want to be the last. She was a product of the West, growing up on a ranch.  She was a Christian and a Goldwater Republican, whereas Ruth Bader Ginsburg was a liberal, Jewish ACLU lawyer. But, with all their differences, their experiences in the world trying to make it as women were very much the same. The pair truly transformed the courts – and America in the process – to make it a more hospitable place for women. END_OF_DOCUMENT_TOKEN_TO_BE_REPLACED

We’ve compiled a list of previous documentaries available at DBRL from the directors who are presenting films at the upcoming True/False Film Fest. Check out their old films before you attend the fest for their new films!