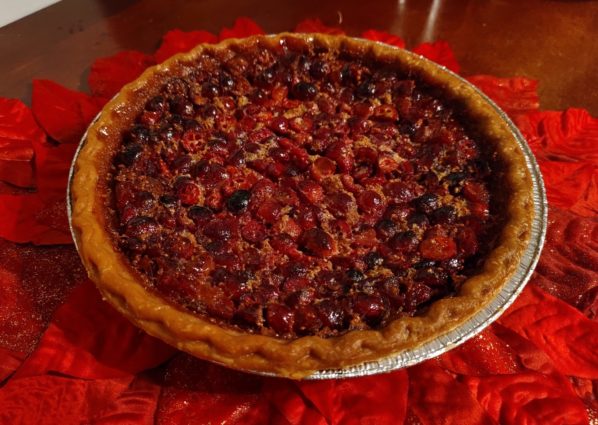 Throughout November and December, there are many holidays observed. I wanted to focus on one holiday in particular: Hanukkah. This year, Hanukkah is observed at or after sundown November 28-December 6. Though I hold no allegiance to any religion, I am nevertheless interested in, and respect, the symbolism and reverence food holds in cultural and religious identities. “You can learn culture while eating” as it’s said in Joan Nathan’s Jewish Holiday Cookbook.” Being an Anthony Bourdain disciple, this spoke to me. If there is one thing we can all agree on, food is good and it should be shared. “Joan Nathan’s Jewish Holiday Cookbook” covers holidays observed throughout the year. With over 400 recipes, I realize this review is touching on just a small portion of the contents. Each holiday meal is introduced with a short history of the occasion, the food served and why these items hold significance. A sample menu is given to guide the festivities. Possible variations on the dishes are scattered amongst recipes the author found to be particularly specific to a region or family. I especially enjoyed the diverse origin of the selected recipes; countries from across the globe are represented. Some of these variations were family-specific or described how the dishes evolved over time. These are not restaurant-style recipes, so the ingredients and techniques are manageable, though experience is valuable. I focused on the Hanukkah selections, but there are dozens of other recipes I want to try in the future. A notable omission from this cookbook is the lack of example photographs. There is a sort of companion volume: “The Children’s Jewish Holiday Kitchen,” also written by Joan Nathan. I compared some of the overlapping selections, there were only minor differences. The ingredients for the Sufganiyot in the children’s book, for example, called for only half the yeast used in the other title — that could be concerning. Still, this is a good way to involve the whole family in the tradition of meal-making. 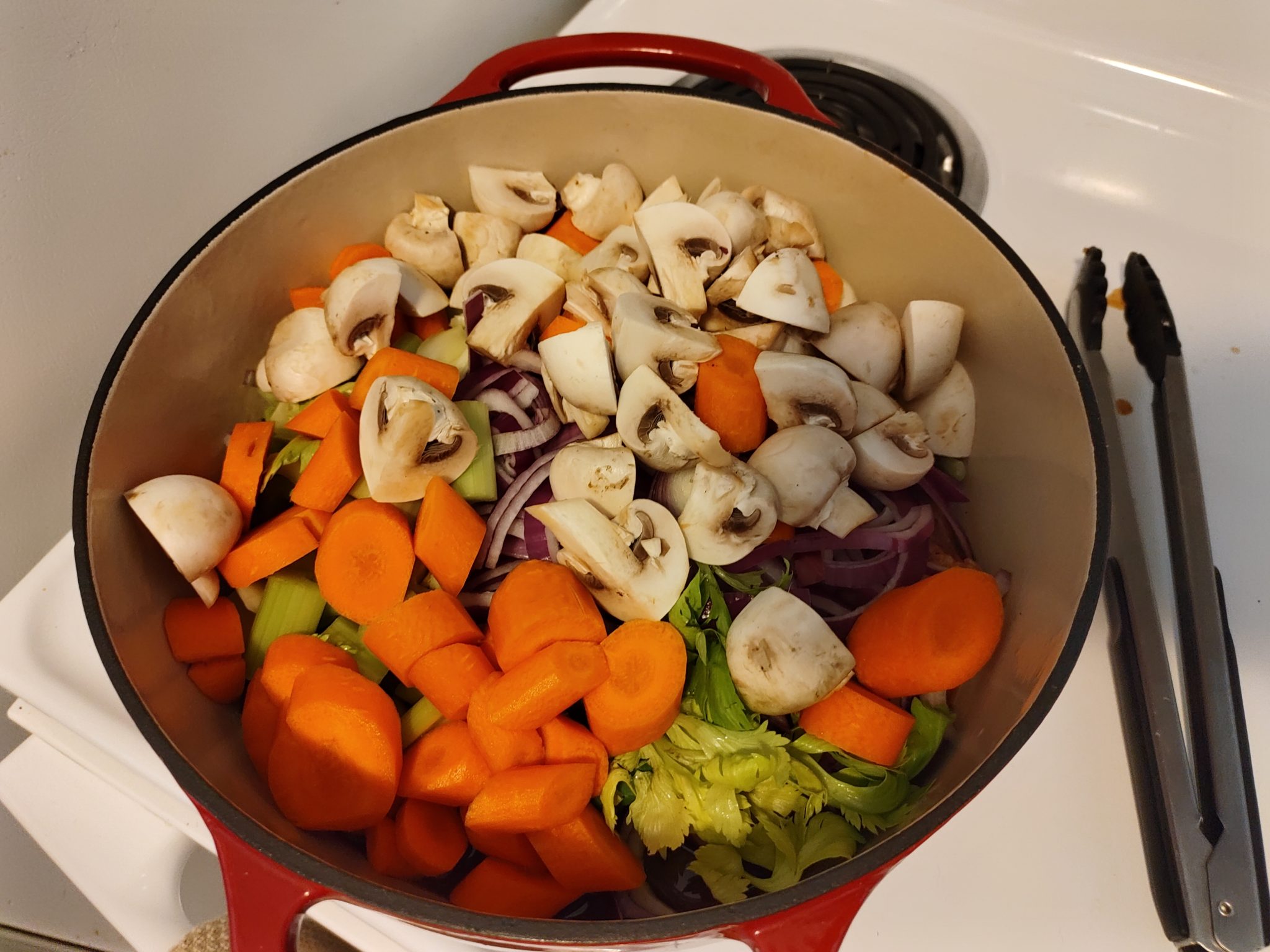 My choices from this book were “My Mother’s Brisket,” potato latkes and cranberry-walnut tart. The brisket seemed to be a pretty standard recipe, though the marinade did lean into vinegar pretty heavily. As I am cooking for my family, I had a bit of hesitation, they can sometimes be a picky bunch and I wasn’t sure if the vinegar flavor would be a problem. I am happy to report there were three members of the “Clean Plate Club.” One of the ingredients was chili sauce, which is essentially super-ketchup, and when I make this again, I will take a bit more control by making this sauce myself with tomato paste, vinegar and seasonings. The only real difference I made from the recipe was that I added mushrooms. 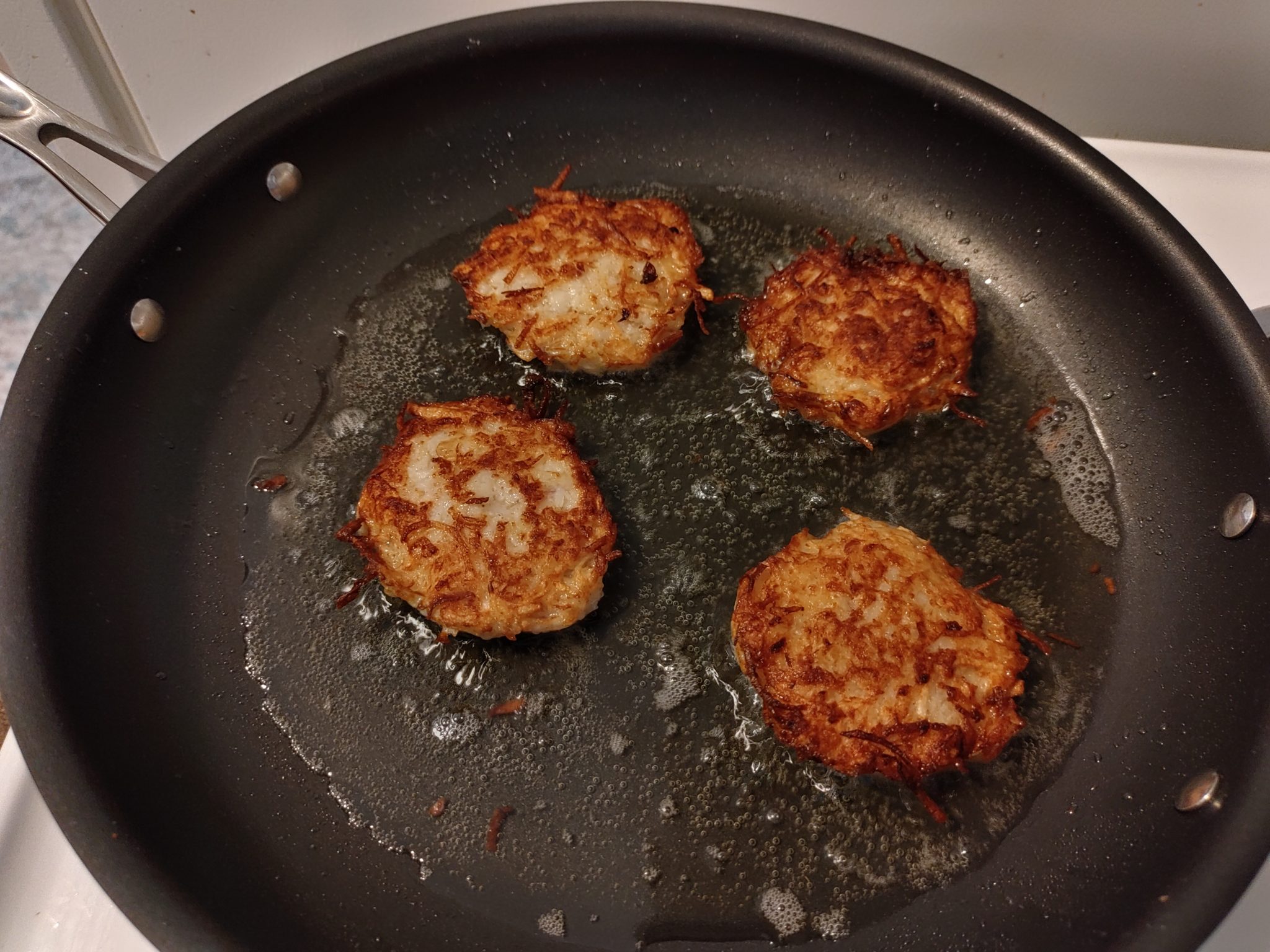 While the brisket was in the oven, I made the potato latkes, which I was very excited to try. Onions, potatoes, egg, flour, are all some of my favorite ingredients. Oh, and they’re fried? Yes, please! I topped mine with cranberry sauce, while others tried sour cream. Though they were well-received, I think I can do better. If you are interested in other types, there are recipes for Romanian zucchini potato latkes and apple latkes, too.

Lastly, I made the Cranberry-Walnut Tart. I had an extra frozen pie crust and an emergency bag of cranberries in the freezer. Cranberry is my favorite food, so yes, it was an “emergency bag.” (I have no shame admitting that I used a frozen pie crust — home cooks should use whatever is available.) So I made the filling, though I excluded the walnuts. Some of those eating with me don’t like nuts in the desserts. Not only did this look incredible, it tasted fantastic. I will absolutely be making this again, maybe even with a from-scratch crust, who knows? Don’t judge me.

Sadly, due to only having one oven, and admittedly some poor planning, I did not find time to make the Pampushki. These are baked dumplings and they would have made a great accompaniment to the brisket. I have intentions to make these soon.

Final verdict: I love this cookbook. There is so much I want to make — did I mention a recipe for sweet-and-sour cabbage soup?!