It’s time for my top April picks! I’ve got a nice mix of titles this month, with something for everyone to enjoy. If you’ve got a kid aging out of chapter books and getting ready for YA, make sure to check out my “Selector’s Selections” posts on the Teen Blog too. Or, you know, if you want some YA recommendations for yourself! 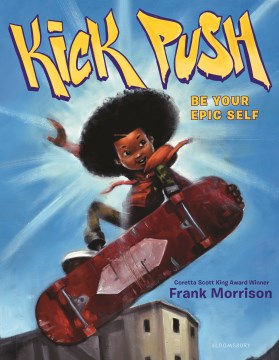 Ivan, nicknamed Epic for his incredible skateboarding skills, has just moved to a new neighborhood. Missing his old skateboarding friends, Epic tries to fit in by playing the sports the other kids are playing. He’s not successful at any of these attempts, and his parents send him to the nearby bodega after some encouraging words. Epic skates there of course, and his moves attract a crowd of future friends. The idea of making friends by being yourself is a classic, but the author tells this story with so much joy and energy. With fascinating angles and onomatopoeia showing Epic’s skateboarding, this is an exciting call to authenticity. 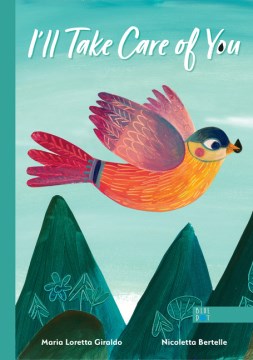 It’s not too often that I come across books in translation, and this Italian import looks absolutely delightful. The book opens with a tiny black seed on a white background, saying that the seed feels “lost and lonely.” The Earth, Water and Sky see the little seed and tell it not to be afraid, that they will take care of it. Nurtured by the soil and rain, the little seed grows into an apple tree, that in turn gets to provide a home for a lost and lonely bird. Apples fall and more seeds find their way into the soil, with the bird providing musical encouragement. I love that this book is about taking care of others with compassion and kindness, without giving too much of yourself away (unlike certain over-generous literary trees I could name). This book would work perfectly for a discussion of kindness as well as life cycles in nature, and the beautiful, saturated primary colors are sure to draw attention. 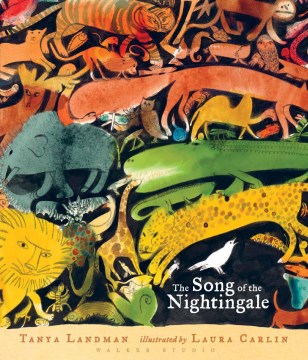 The earth is fresh and new and filled with vibrant colors. Flowers, trees and mountains all burst with colors, but the animals are just outlines in black and white. A painter decides that this won’t do, and opens up her paintbox. All the animals line up to receive their colors, as she dabs dots on butterflies and pink on flamingoes. Finally, she reaches the end of the line, and the end of her paint—but there’s one little bird left. All the colors and animals are sure to delight little ones, and the rhythm of the text makes it a great choice to read aloud. 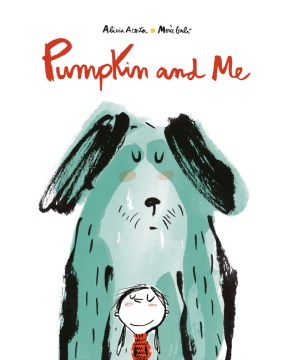 Every so often, I like to highlight the kind of book that you might not enjoy until you need it. This quiet and comforting picture book describes a little girl’s experience of grief after her dog dies. Pumpkin was a very old dog, but his passing affects the whole family. The girl describes the black cloud that follows her everywhere now, and the way her eyes feel like they have soap in them, and the way her chest feels like an octopus is squeezing it. Her family validates these feelings, and the girl eventually is able to remember Pumpkin with joy instead of only sorrow. Keep this one on your radar for when it’s time to discuss grief with your little one. 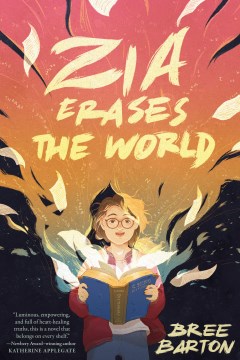 Zia enjoys playing with words, especially making up new portmanteaus with her friend. But when Shadoom comes into her life, her name for the “room of shadows inside me,” Zia doesn’t tell anyone else about it. Suffering from depression but determined to hide it, Zia retreats into herself. When she finds a dictionary with a magical eraser that can erase words from the entire world, life begins to change. At first, it’s just small words, like “audition” or “wasp,” but soon Zia moves on to bigger words that are related to Shadoom, like pain and fear. But erasing pain and fear have much bigger consequences than Zia expected, and she has to try and make things right. 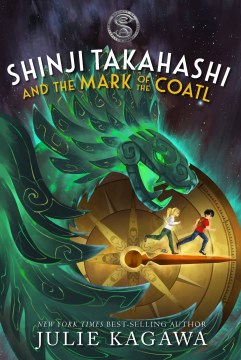 “Shinji Takahashi and the Mark of the Coatl” by Julie Kagawa

Shinji knows his life is unusual, but all he wants is to spend his summer playing video games with his friends. Home-schooled and raised by his Aunt Yui, the two of them frequently travel the world searching for artifacts to sell in Yui’s shop. At a market on the Zambezi River, Shinji buys a small figurine of a winged feathered serpent, or a Coatl. Soon after, he’s kidnapped by the mysterious Hightower Corporation, who is desperate to steal his figurine. That becomes difficult when the Coatl transforms into a possibly cursed tattoo on his arm. With the help of a tech prodigy named Lucy, Shinji must escape and return the Coatl to its home in Mexico City. A mythological fantasy adventure, with some major heist moments, what I love about this book is that it’s essentially about returning stolen artifacts to their native cultures. 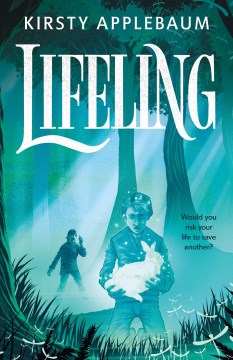 Lonny is a lifeling, with the power to heal others who are near death, but only at the cost of a portion of his own life. He’s been living in seclusion with his family in the forest, far from other humans who might ask him to heal. When money and food become too scarce, Lonny and his little brother venture into the nearby town to try and support their family. Lonny struggles to find the balance between keeping his secret and helping people in need. A little bit of magic with themes of responsibility and sacrifice, this book can prompt some great discussions. 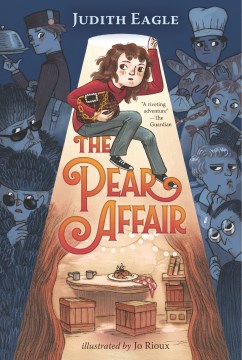 Our last book is a mystery set in Paris in 1969. 12-year-old Nell is worried about her friend and former nanny, Perrine, or Pear for short. Nell’s parents abruptly dismissed Pear five years ago, but the two of them kept in touch with letters when Pear returned to Paris. The letters have recently stopped, so when Nell’s parents go to Paris for a business trip, she’s eager to come along so she can look for her old au pair. As Nell sets off on her own, escaping her negligent parents (think Matilda’s parents), she gets pulled into an even deeper mystery. The famous bakeries of Paris are slowly going out of business as they succumb one by one to a spore that’s contaminating the bread. Is all this somehow tied up with Pear’s disappearance?