Skip to content
Home / Kids / How to Build a Hug

Hugs are one of the most common ways to show affection and love, and there are many different kinds of hugs: front hugs; side hugs; group hugs; bear hugs; romantic hugs. Many kids love getting hugs from their parents, grandparents, siblings or friends, though (as we’ll see in some of the books in this list) not all do, which is why it’s important to ask if you’re not sure whether someone wants to be hugged. So, in honor of National Hugging Day, which is celebrated on January 21st, here are a handful of books about hugs that the library has to offer: 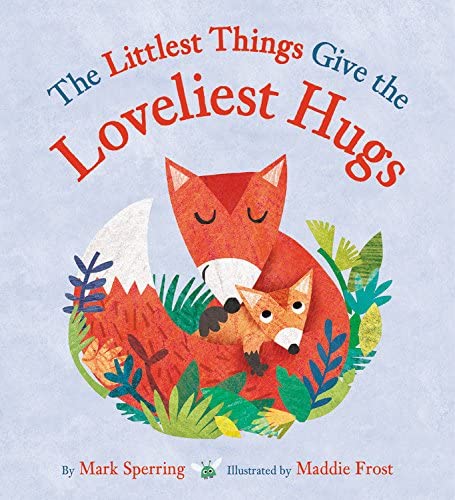 A hug between a parent and child can be one of the sweetest and most nourishing things in the world, and “The Littlest Things Give the Loveliest Hugs” by Mark Sperring, “Time for a Hug” by Phillis Gershator and Mim Green, and “Good Night Hugs” by Ag Jatkowska are all celebrations of the special bond between little ones and their parents.

In “Hug It Out!” by Louis Thomas, two young siblings who just can’t seem to stop fighting are met with a new and unusual form of punishment by their mom — hugging it out. Eventually, all of this hugging brings them closer together, and they are able to start playing together without fighting. 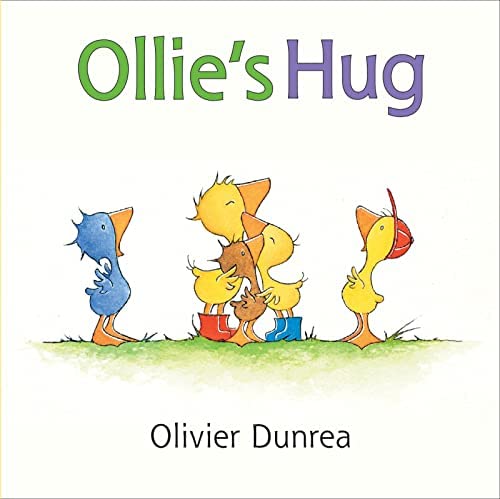 ”Ollie’s Hug,” by Olivier Dunrea, is a sweet board book about Ollie, a little gosling who is in a bad mood where nothing feels right. Ollie’s friends suggest many different ways to get him out of his funk, but it isn’t until his friend Gossie offers up a hug that he realizes it’s just what he needs.

How about hugs for those who aren’t so soft or cuddly? “The Hug” by Eoin McLaughlin and “How Do You Hug a Porcupine?” by Laurie Isop imagine what hugs are like for porcupines and tortoises, whose spiky and hard exteriors make it more difficult for them to enjoy the pleasures of a good hug. And, similarly, “Hug?” by Charlene Chua and “Wally Wants to Hug” by Barbara Joosse explore the potential perils of animal hugs in very funny ways. 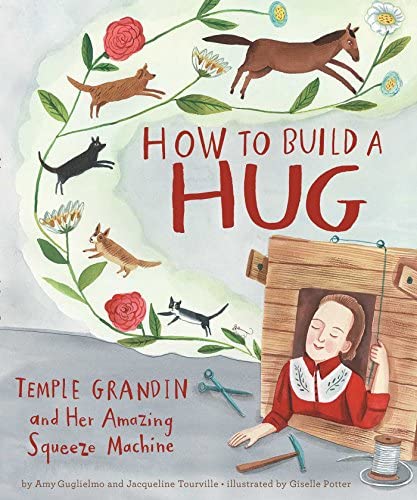 And what about those who don’t like to be hugged? “Please Don’t Give Me a Hug!” by Judi Moreillon and “Don’t Hug Doug” by Carrie Finison show that there are many kids who prefer not to be hugged, or who prefer only certain types of hugs at certain times. These books can also serve as a primer for kids on the importance of consent and setting boundaries with others. And finally, in “How to Build a Hug” by Amy Guglielmo, we learn about Temple Grandin and her amazing hug machine. Young Temple, who was autistic and hypersensitive to stimuli, wanted to be held but didn’t like hugs very much, so, in her ingenuity, she decided that if she couldn’t receive a hug, she would make one by building a hug machine, which she constructed with planks of wood, wire, a rusty pulley, some string and some cushions from an old chair. And when, one day, her machine broke, she realized she didn’t need it anymore and that she could finally enjoy giving and receiving hugs from others.